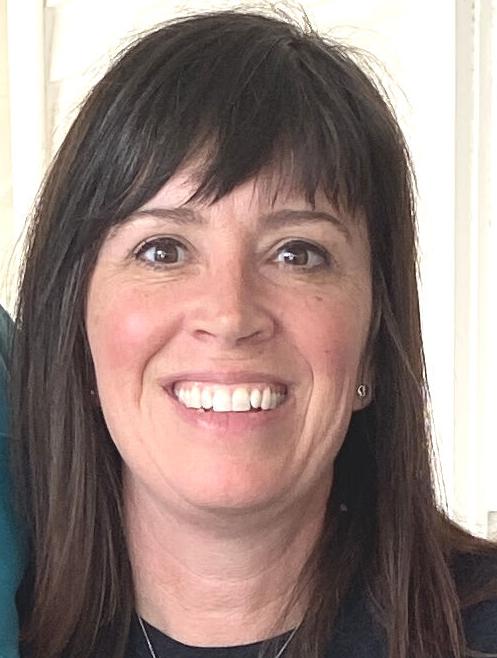 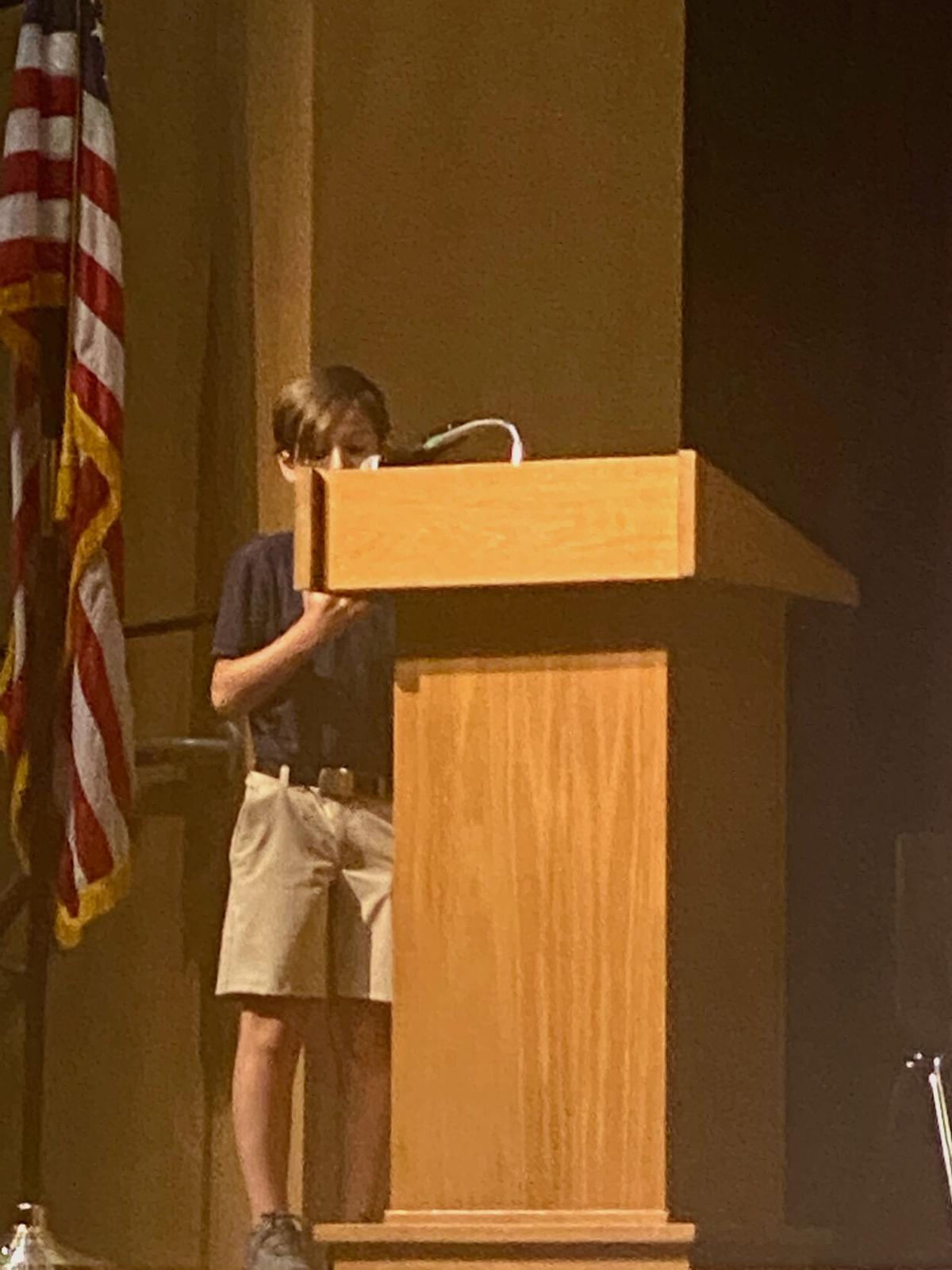 Fifth grader Connor Willoughby speaks during the public comments portion of the Palestine Independent School District board meeting on Sept. 20.

But that didn’t stop him from consulting his notes, speaking into the microphone and addressing the Palestine Independent School Board during the public comments portion of the meeting.

“As you may know A.M. Story Intermediate has forbidden recess for fourth, fifth and sixth grades,” he said. “This is a shame as we 9 to 11 year olds are erupting orbs of pure energy which is the exact reason why we need recess.”

Those in attendance let out a chuckle.

I smiled and nodded and thought about my children in classrooms through the years.

They have had some fantastic teachers, people who just get it.

In the fifth grade, my middle child was challenged by a teacher who held him accountable. He called my son Mr. French, sounding formal and stilted. But he clearly cared. He invested and none of us forgot it.

My son is now entering his last year of college and has begun his student teaching. He can’t get used to the idea of being called Mr. French, but he would tell you Mr. Spooner was the teacher who influenced him the most.

This same child is quite creative and bright and found it difficult to concentrate at a young age. Like my eldest child, he’s what I’d call a kinesthetic learner.

They were often learning best when there was movement involved. What may be perceived as disinterest or even distraction was really movement that actually kept the brain engaged.

In the second grade his teacher repeatedly talked to me about his lack of focus and how his mind was elsewhere (despite his grades being far better than average).

The punishment for his inability to sit still? The removal of recess.

Eventually my son was coming to the car at the end of the day in tears. I knew we must address the issue.

Monday’s comment section of the board meeting took me there instantly.

Squirmy kids looking for a way to let out some of their pure energy.

That second grade teacher called me one afternoon while I was in the grocery store and I asked her pointedly about removing recess. She told me she had to use something he liked.

I asked her if she had any children.

She confirmed what I thought I already knew, she did not.

I asked her to think about what she was saying. My child had trouble sitting still, paying attention to her in the classroom. She was removing his only opportunity to run and jump and bounce around during an eight hour school day.

The matter was not settled over the phone in the grocery store.

We agreed a meeting with my husband and me, along with the principal, would be the best option.

The day of the meeting arrived and we somberly filed into the classroom and sat in second grade-sized seats at a half-circle table with the teacher across from the principal, my husband and me.

She went down a long list of incidents or complaints it seemed she was registering against our child.

We squirmed in the tiny chairs.

It felt tense—the kind of tension where you don’t want to look the person straight in the eye.

As she got to the end of her list, I realized she may have been building to her most egregious charge.

She described kids lining up for lunchtime, waiting to leave the classroom. She said our son began at the opposite side of the room and ran towards the line and then slid, like a baseball player crossing home, into his spot in line.

There was a pause.

I looked at her bewildered, without words.

My husband stared at her, then at the principal, and then back at her.

In complete earnestness, he asked, “Was he safe?”

I gasped a little.

The principal laughed out loud and the teacher went from aggravated to indignant.

My husband politely followed up with what I think Connor Willoughby articulated well on Monday.

“As to why recess is needed, research has shown when children get recess, they get the following results. They are less fidgety and more on task. They have better memory and more focused attention. They gain more brain connections and we are also happier, not staring out the window and wondering, why aren’t we out there?”