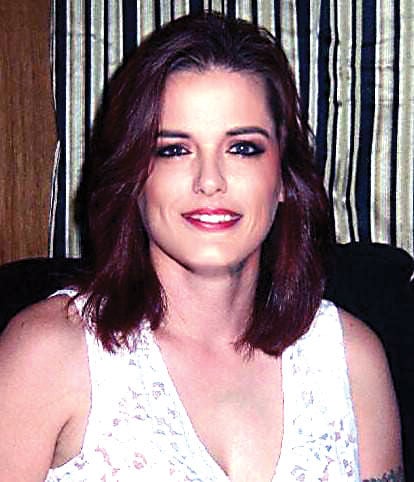 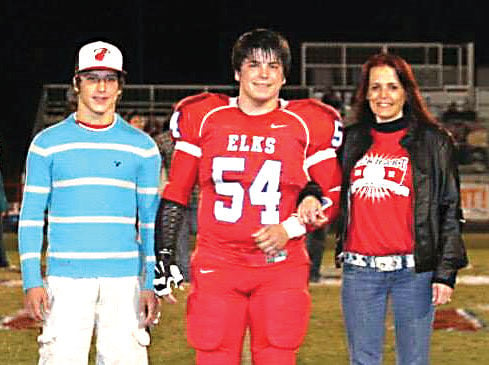 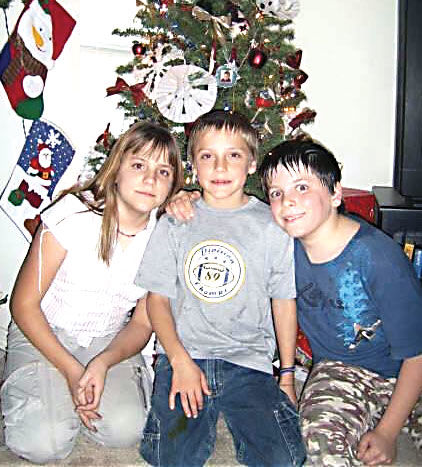 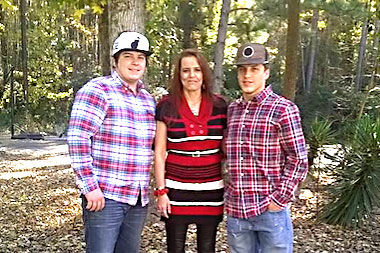 Brothers James and Justin Warren are no strangers to tragedy.

On Sept. 5 of this year, the young men were preparing for the ninth anniversary of the death of their sister Sadie, killed in a car accident, when they got the news – their mother had died – also in a car accident.

After being hit by Pierce's car, Jones-Walker was also struck by a 2003 Ford Focus, driven by Andrea Elder, 21, of Flint.

Jones-Walker was pronounced dead on the scene by Smith County Justice of the Peace Judge Gary Alfred.

Family members said that Jones-Walker was meeting someone at a business on 155, and that the other party never showed, however, they said they do not know why she was walking on the road, nor do they know where she was going.

Just nine years ago, on Sept. 11, 2009, Jones-Walker's daughter, Sadie Nicole Warren, was killed in an automobile accident in Elkhart.

Fifteen years old at the time, she was the older sister to James and Justin, who were then 13 and 11-years-old.

Jones-Walker's aunt Theresa Allen, 52, of Palestine, told the Herald-Press Monday that the sudden loss was almost too much for her nephews to bear.

“They're really hurting right now,” she said. “Justin is taking it especially hard. They only have each other now.”

James Warren told the Herald-Press Jones-Walker was the best mother anyone could hope for.

“She did whatever it took to make sure my sister, brother and I had whatever we needed or wanted,” he said. “No matter how hard times might have been, she stayed strong for me and my brother.

“It makes it a little easier for Justin and me, knowing you're with Sadie now,” he added, to his mother. “We will always love you.”

Allen said Jones-Walker had moved to Tyler from Elkhart last month, and had been living with her youngest son.

“She wanted to make a fresh start,” she said. “She and Justin were best friends. He is beyond heartbroken.”

Sister-in-law Alicia Wright, 34, of Palestine told the Herald-Press that Jones-Walker was a dedicated mother and friend, and her loss, particularly so close to Sept. 11, shook the family to its core.

“We were in disbelief,” she said. “We didn't think it was real. We checked social media, and when nothing was there, we thought it might be wrong. That's when we got the call from her son, James.”

Allen added that, although the Tyler Police Department personally told the Warren brothers of their mother's death, Jones-Walker's father, Wade Walker, Sr., of Elkhart, was not as fortunate.

“They called him at his home,” she said. “How could they do that? You don't convey information like that over the telephone. They should have asked an Anderson County Sheriff's Deputy tell him in person.”

Wright said that Wade, a retiree, had to take out a loan in order to cover his daughter's funeral expenses.

“It's added stress, on top of everything else,” she said. “We've started a GoFund Me page, in hopes that the community will hear about our family's loss, and maybe help out.”

Wright said that anything, from monetary donations to well-wishes and prayers, would be appreciated.

“We could really use them right now,” she said.

Jones-Walker's son James said he hopes people remember his mother as the kind, loving person she was; something with which he and his brother will have no trouble.

“Its hard to forget someone who gave us so much to remember,” he said.

Services for Jones-Walker will be Sept. 15, at 11 a.m., at the United Pentecostal Church in Palestine. Internment to follow at Herrington Land of Memory Cemetery.

“Herrington's has been wonderful,” Allen said. “They're setting up a tent and chairs for us, and they are going to bury her urn next to her daughter, Sadie.”

Those wishing to donate, visit the GoFund Me page for the 'funeral expenses for Nancy Jones.' Additionally, donations and flowers can be dropped off with Theresa Allen at Freedom Vape, 419 Old Elkhart Road, Palestine.