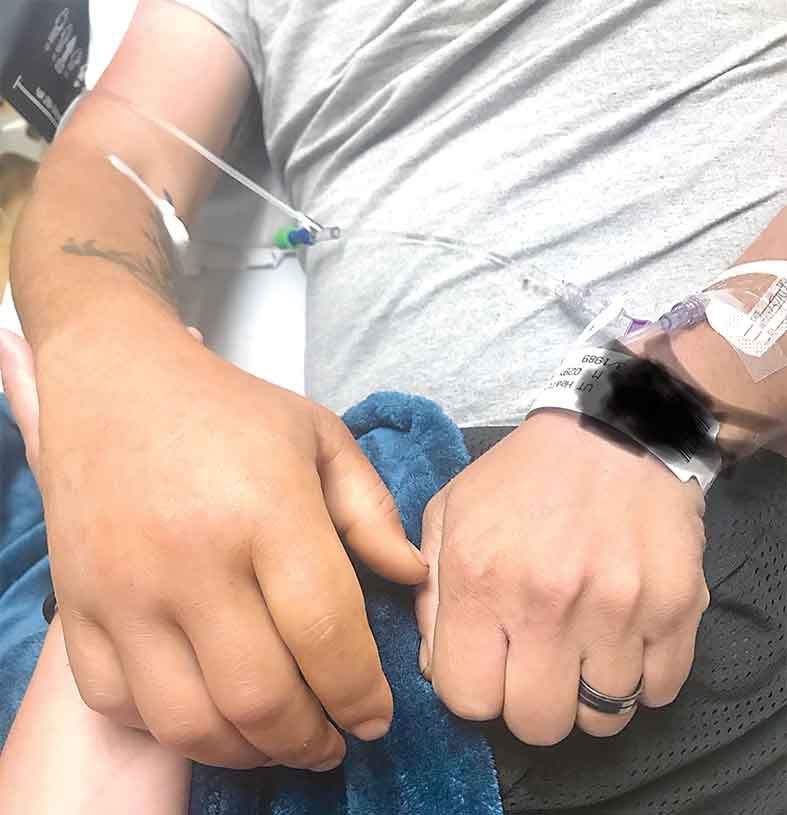 Ryan Rogers right hand, swollen to more than twice the size of his left after contracting a bacterial infection in Lake Palestine. 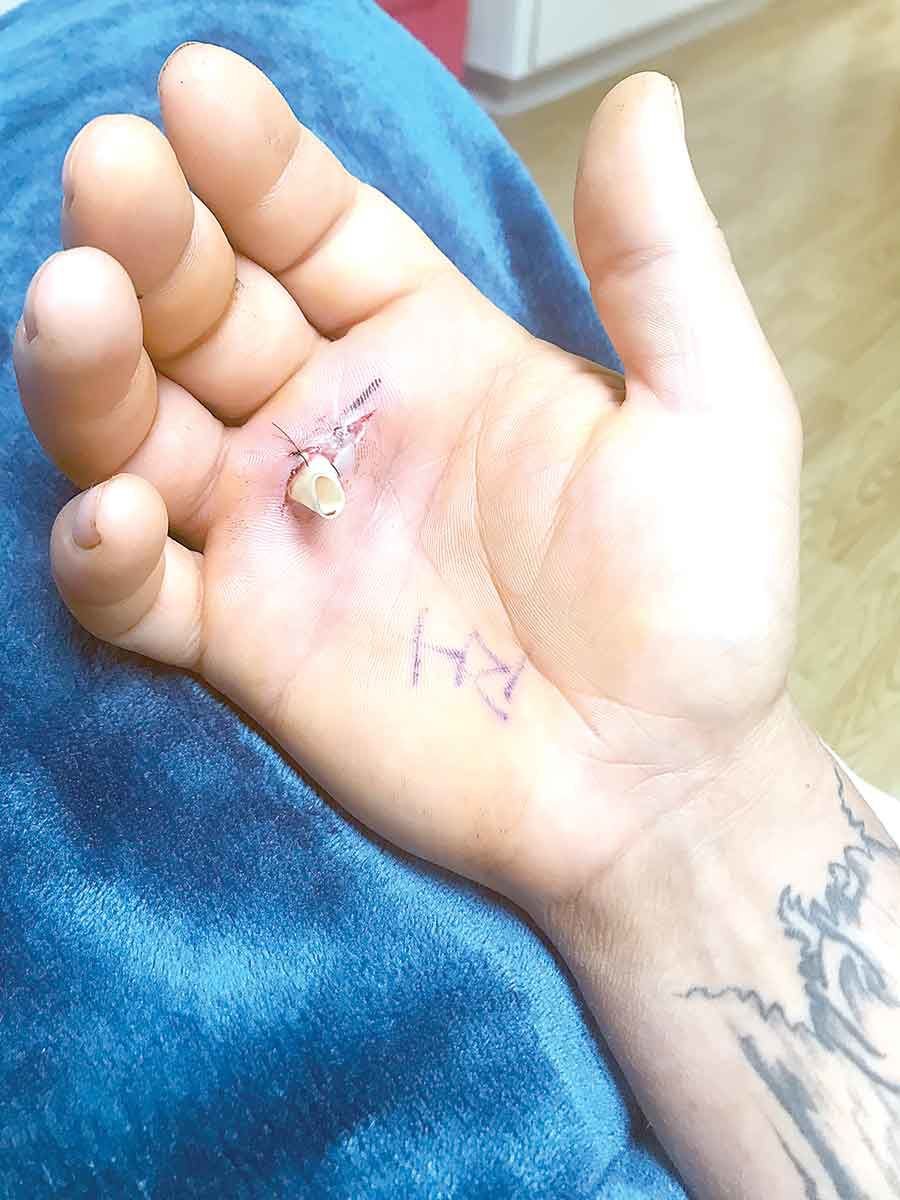 The wound caused by a catfish, split open by the swelling caused by a bacterial infection.

Ryan Rogers right hand, swollen to more than twice the size of his left after contracting a bacterial infection in Lake Palestine.

The wound caused by a catfish, split open by the swelling caused by a bacterial infection.

A Frankston man, whose life was endangered, nearly lost his hand last week, after an open sore on his hand contacted the waters of Lake Palestine.

Ryan Rogers, 29, was enjoying a family trip for Mother's Day on Lake Palestine in Anderson County, when his hand was speared by a catfish. An avid outdoorsman, Rogers thought little of it.

A few hours later, however, Rogers' hand had swollen. His wife, Caitlin, knew something was wrong. She never imagined, however, that a Vibrio, or “flesh eating” bacteria could have gotten into her husband's open wound.

“By 8 p.m., he started running a fever,” Rogers told the Herald-Press Monday. “When he woke up early Monday, and told me he had to go to the doctor, I knew something was wrong. He never complains about anything, and never goes to the doctor.”

At urgent care the next morning, doctors immediately sent Rogers to the emergency room. Fewer than 24 hours after being speared by the catfish, he was being prepped for surgery.

“The doctors said their goal was to save at least two of his fingers,” Caitlin Rogers said.

The surgery was successful, and surgeons saved Ryan Rogers' hand. With his hand still swollen, Rogers has returned to work in the oilfield, but faces follow-up appointments with both the hand surgeon, and infectious disease specialists.

The Texas Department of Health website states Vibrio bacteria are typically found in warm, brackish water, such as the gulf. They are rarely found in a temperate fresh-water environment.

“They think it could have gotten into the lake when all the sewage from Tyler leaked into the waterway,” Catlin Rogers said.

On May 1, roughly 100,000 gallons of raw sewage spilled when a 42-inch pipe collapsed near Loop 323 in Tyler. Officials said drinking water was unaffected by the spill, and there is no evidence it contributed to Ryan Rogers' infection.

The Galveston County Health District report an average of about 25 cases of flesh-eating bacteria in Texas every year, representing about 0.00035 percent of all visitors to Texas beaches. Statistics for occurrences of the bacteria in fresh-water are not available.

The Centers for Disease Control reports necrotizing fasciitis, the disease caused by flesh-eating bacteria, is fatal in approximately one-third of all patients. Cholera proves fatal in 10 percent of all cases.

Young children, the elderly, and those with weakened immune systems are more prone to serious illness after exposure.

To avoid exposure to these bacteria, experts recommend those fishing wear solid-toed shoes and gloves. Do not enter the water with an open wound.

The bacteria is also spread through the consumption of tainted shellfish, and in the case of cholera, through drinking infected water.

If symptoms occur, immediately go to the hospital. Illnesses caused by Vibrio bacteria are often difficult to spot, but must be treated as soon as possible to avoid complications, permanent injury, or death.

CDC officials told the Herald-Press they know of no instances of Vibrio bacteria in Lake Palestine. Multiple calls made to the Texas Department of Health were not returned.

“People going to the lake need to be cautious,” Caitlin Rogers said. “Keep an eye on your children, and don't swim if you have cuts or sores.”