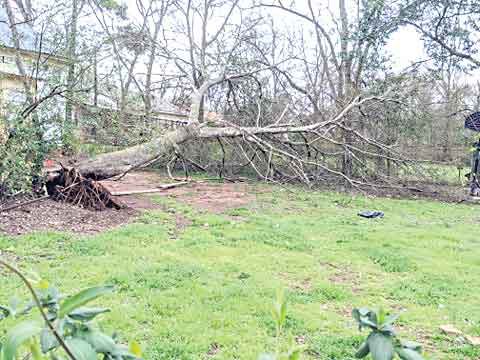 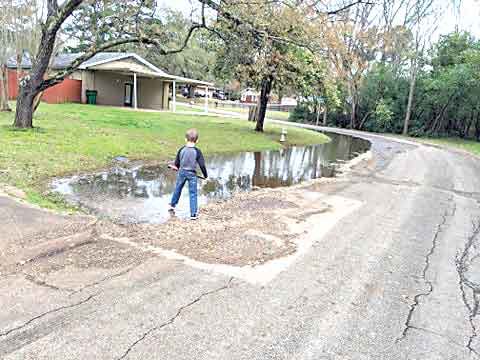 Torrential rainfall across East Texas caused traffic delays, sent cars hydroplaning off roads, and scattered the area with trees, limbs, and brush. Still, Anderson County Emergency Services Coordinator Christina Crockett told the Herald-Press Wednesday, it could have been much worse.

“There were several incidents of downed trees, some in Elkhart brought down power lines,” Crockett said. “Luckily no one was injured, as far as we know.”

Trees across roads can be deadly, she said, if power lines are brought down with them. Lost in the tangle of leaves and branches, lines can be hidden from drivers who leave their cars to investigate. A downed power laying hidden in a puddle of water can spell tragedy.

“Just stay in your car, and call in to report the tree,” Crockett said. “Turn around and go another way.”

The rain also caused some flooding over county roads. Crockett said the rule of thumb is: if you can't tell how deep the water is, don't try and cross it.

“Cars get stuck in high-water pretty easily,” she said. “Turn around; don't drown.”

Most of the damage reported, she said, came from south Anderson County, which got the brunt of the storm.

Anderson County Precinct 2 Commissioner Rashad Mims said he was busy with his crews clearing trees a few miles northwest of Palestine, as well.

“There were some big trees on County Roads 2101 and 2135,” he said. “It wasn't more than we expected. Our preventative tree maintenance program, where we identify and remove dead trees, has really helped.”

Mims said his crew of nine workers had roads cleared in record time.

“This crew performed perfectly,” he said. “We were all out there, in the rain, doing the job for the constituents.”