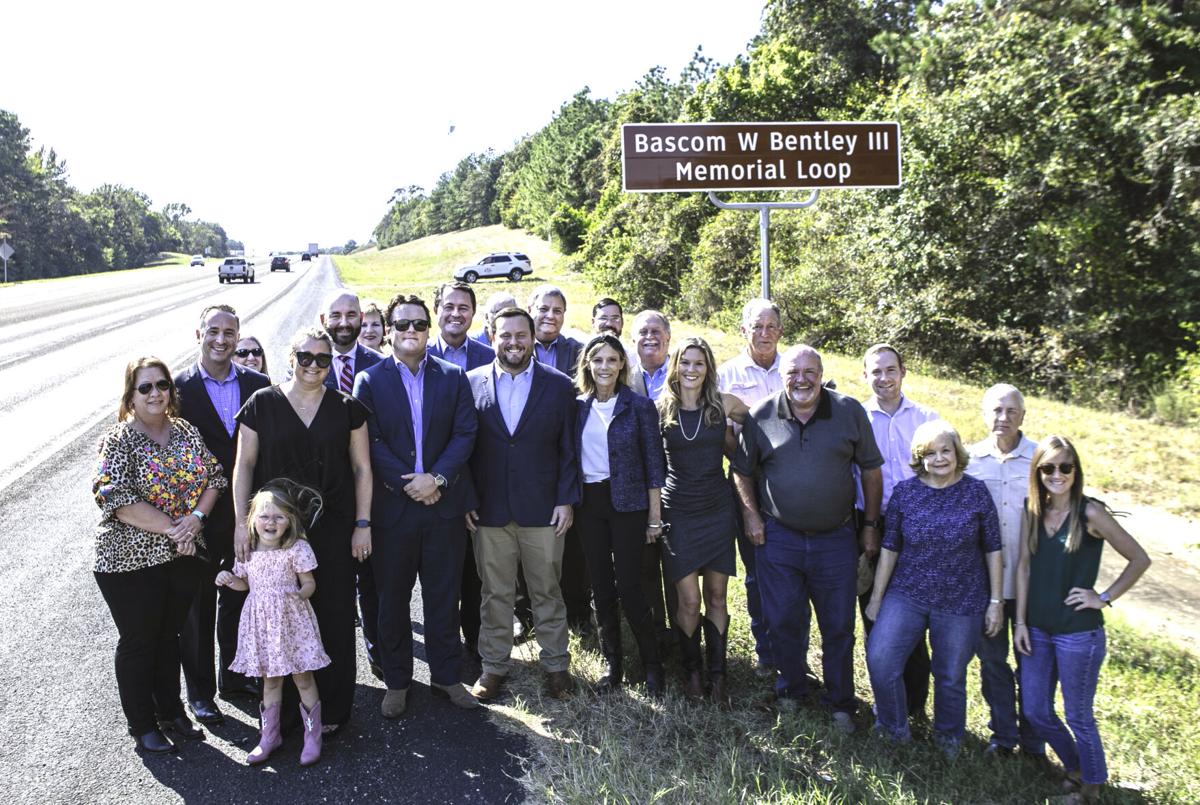 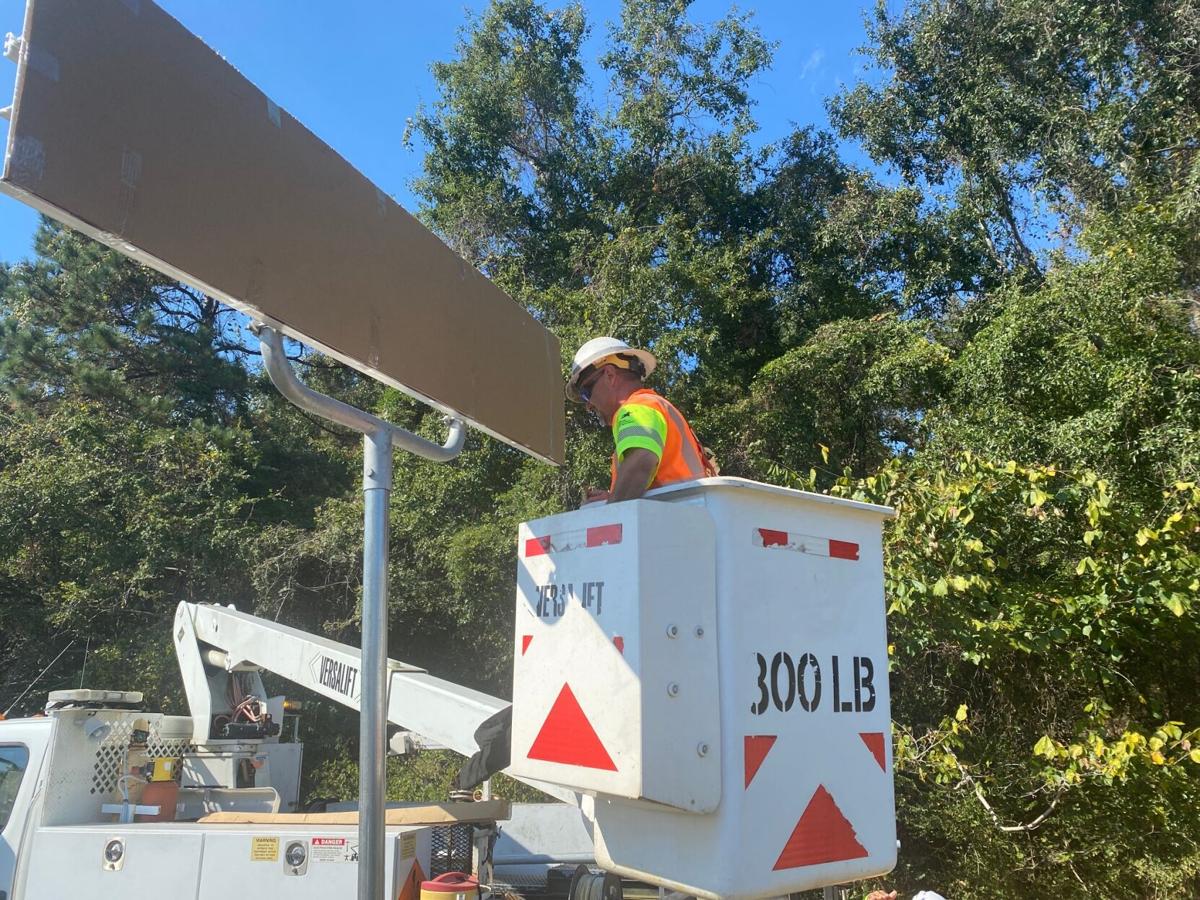 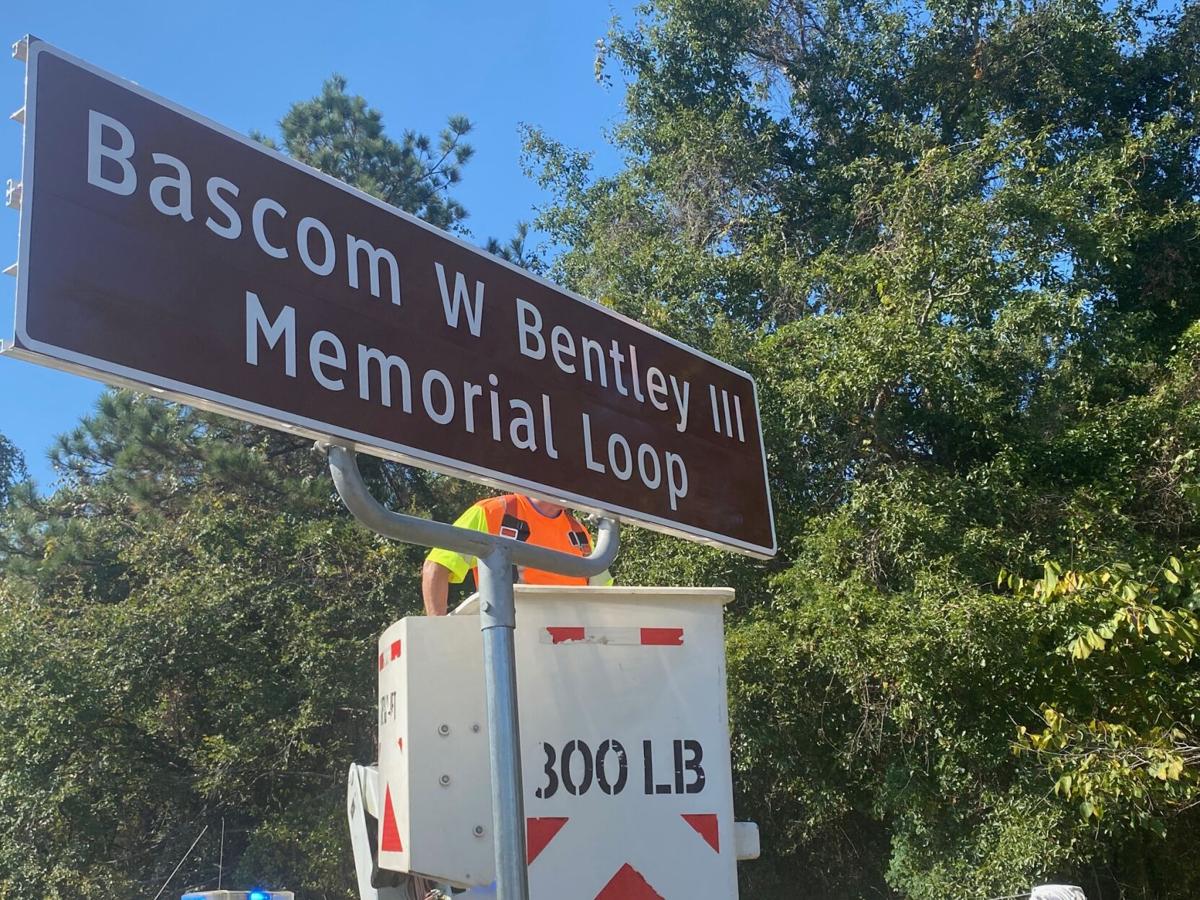 Friends and family of Bentley gathered on the side of the road to watch the unveiling and tell stories in remembrance of their beloved Bascom.

“Judge Bentley was my friend,” said State Senator Robert Nichols who was unable to attend due to special session. “To me he was Bascom. Life is a journey. But it is not the destination that we remember but those we traveled with in life’s journey. Bascom was one of those I traveled with that affected my life. He was a dear friend, husband, father, advisor, educator and very, very funny. He could bring humor to those who felt down.”

“We are here today to honor an incredible man, somebody who left a legacy for this entire community, this entire region,” State Representative Cody Harris (R-Palestine) said. “His most important legacy was his family...we love you all. This is honoring you all just as much as Bascom.”

Nichols and Harris passed House Bill 2521 to rename the loop on May 28 and the new name officially went into effect on Sept. 1.

Bentley served as the 369th District Court judge for nearly 30 years. That district encompasses Cherokee, Anderson and Leon counties. He retired in March of 2017 and passed away on Dec. 11 that same year.

Known for his larger-than-life character, humor and brilliance, Bentley has left an unmatched legacy in the eyes of many.

“Our family is so honored and appreciative to have the loop named after Bascom,” said his widow, Carol Bentley. “Everyone that knew him, knew that he would love this great distinction.”

Friends of Bascom Bentley’s—Cliff Johnson, Harris Lohmeyer and Larry Mayo—originally came up with the idea.

“Bascom touched so many lives in so many ways. His friends came up with this idea, but it was Senator Robert Nichols and Representative Cody Harris that made it happen. We know the legislative process is complex, and Senator Nichols saved the bill at the final our. Our family thanks everyone involved, especially his friends from around the community and our legislators in Austin,” said Carol Bentley.

In 1989, Bentley was appointed by then-Gov. William Clements Jr. as the first judge for the newly created 369th judicial district, which then covered Anderson and Cherokee Counties. Leon County was later added to the district.

Bentley received numerous honors and awards, including the Palestine Lifetime Builder Award, the Distinguished Alumni Award from Palestine High School, the Palestine Chamber of Commerce Citizen of the Year and Lifetime Achievement Award, the Distinguished Alumni Award from Trinity Valley Community College, the Outstanding Local Leader Award from John Shepperd Public Leadership Institute, the University of Texas' “Damn Good Judge” award from the Texas Gang Investigators Association, and Citizen of the Year by the Disabled American Veterans - District 3, for outstanding support of veterans.

“Senator Nichols is on the floor today taking a vote,” Harris said. “I am just half of getting this whole piece of legislation passed. Sen. Nichols was given the choice of just one local bill by the lieutenant governor and he said ‘I want the Bascom Bentley Memorial Loop sign.’ Without him pulling those strings we wouldn’t be here today. On behalf of him and myself, thank you to the Bentley family for everything that your family has done for the community of Palestine, for Anderson County. We love y’all and it is our honor to present this sign that will be here for generations to come.”

“The work of the State prohibited me from being at the unveiling,” Nichols said. “He probably would have thought that was funny as well because he helped me get elected. I look forward to seeing the memorial signs when I return to the district.”