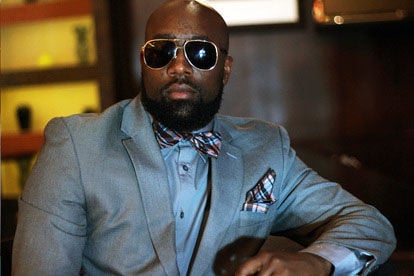 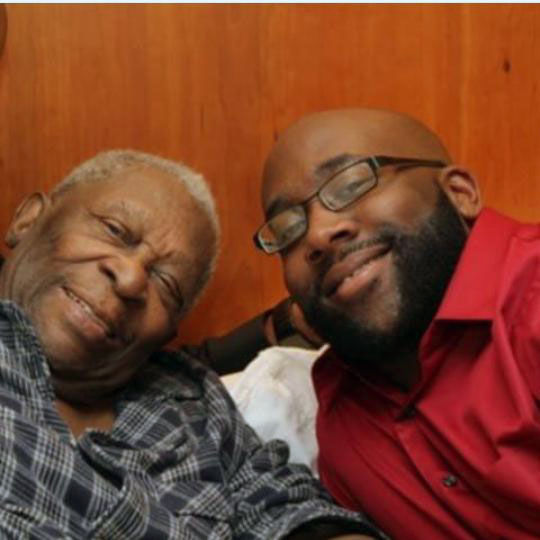 The king of the blues, legendary blue guitarist B.B. King and his grandson, Christopher King. 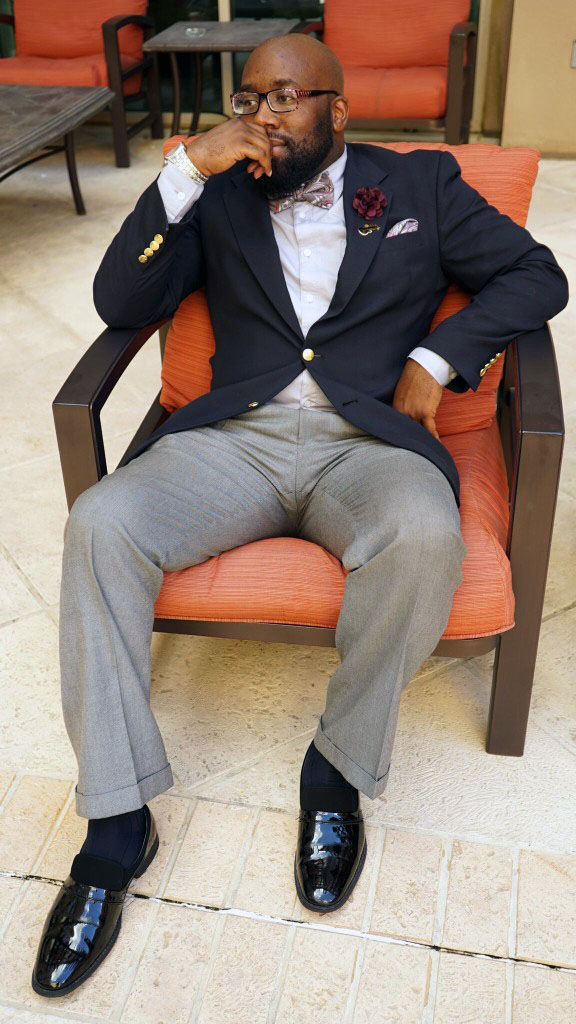 A contemplative moment for Christopher King.

The king of the blues, legendary blue guitarist B.B. King and his grandson, Christopher King.

A contemplative moment for Christopher King.

The grandson of the legendary B.B. King and one-time resident of Palestine is staring in a movie to be released this November.

Christopher King, the son of Riley B. King Jr. of Palestine, worked from the ground up making a name for himself. He is a published fashion mogul, fashion consultant, celebrity stylist, an event host, club owner and now an actor. This holiday season he plays a mob boss in the indie crime thriller "Room 236: Unlawful Justice."

The film already has a sequel in the works and Christopher is currently doing pilots with Tyler Perry, and he has been cast for three other projects with Lionsgate Films. Of his new found career in film, Christopher said, “It's a very exciting time. Room 236 was unexpected, but it was a realization of one of my goals. It happened while I was doing a photo shoot for a magazine shoot. The director was there and cast me on the spot.”

Christopher was born on June 9, 1982 to Riley B. King Jr. and Sherrie Lynn Williams in Dallas. He was raised there on 838 Lambert St. in a little blue and white house. He is the youngest of three children with Riley B. King III being the oldest and Crystal S. Hester being the middle child. The family moved several times in his youth and Christopher recalls going to school at Hayfield Secondary School in Alexandria, Virginia. The family moved to Palestine during Christopher's high school years before he moved to Georgia with his mom. He graduated from Windsor Forest High School in 2002.

After high school, Christopher joined the United States Marine Corps and toured the world. “I spent three years in Japan and four tours to the 'sandbox' as we called it, with two tours in Iraq and two in Afghanistan.”

While overseas in Japan, Christopher also began working as a DJ and managing models, which he says was his first introduction into the fashion world.

In 2010, he went to college at Albany State University in Georgia where he studied business, graduating in 2014.

When asked about his relationship with his father, who admittedly was in and out of his children's lives while working, Christopher said, “Rough. Simply put, there was no relationship, he wasn't there. Those were choices he made. I hold no hard feelings toward him as I am a self-built man and proud to be in my kids lives everyday.” He has a son, Riley B. King V and a daughter.

While his relationship with his father was rocky, Christopher found a role model in his famous grandfather. “We had a relationship like no other. He was my mentor, who built me to be the businessman I am today. He taught me to push for my dreams, how to represent myself and create my brand,” Christopher said.

The King of the Blues, Riley “B.B” King passed away on May 14. Christopher was actually en route to see his grandfather, and was waiting on a layover in Dallas when he heard of B.B.'s passing. Just like his father and the rest of the family, Christopher is unhappy with the way that things were handled with regard to B.B.'s services. He also reported that they were not allowed to participate in the arrangements and the wishes of the family weren't even considered.

Of all the things that B.B. ever said to Christopher, the most important were, “Son, be a true KING, as my name is the best thing I can give you,” “Once you realize your name, you will be bigger than life,” and “No free rides. Everyone must work for their food.”

And worked he has. Christopher has hosted or booked appearances in fashion events featuring big named designers like Ralph Lauren, Lujeanik, Bella Fashions, Higher Hustle and DivaFit. He has appeared in New York, Atlanta, Milan and LA fashion weeks. He has been published over 17 times in magazines across the country.

He loves guest speaking, hosting and educating men and women on mannerisms and proper attire, working to bring back high fashion and couture looks. He is the founder the “The Gentlemen's Course,” which educates youth on how to become gentlemen and ladies on how to be “a lady.” The annual Gentlemen's Ball set for Feb. 13, 2016 in Florida. He is also endorsed by Clique vodka, Beard Gains, Deppertime watches and Complete bow ties.

In recent years, Christopher has developed his brand, entitled “King the Brand' which features KING Cigars, fashion and more. Of how this came about, Christopher said, “It was honestly an epiphany. I woke up and realized what I had been building and felt it was time to really go to work as the foundation was already laid.”

His fashion accessories include a line of customized bow ties. The interesting element of his line is that you can choose from an array of solid colors, patterns, centerpieces down to the shape of the bow tie. He has also created an exotic line of wooden bow ties.

With a solid foundation, a good work ethic and a strong family name the sky’s the limit for Christopher, who seem to be shooting for the moon, hoping at least to land among the stars.