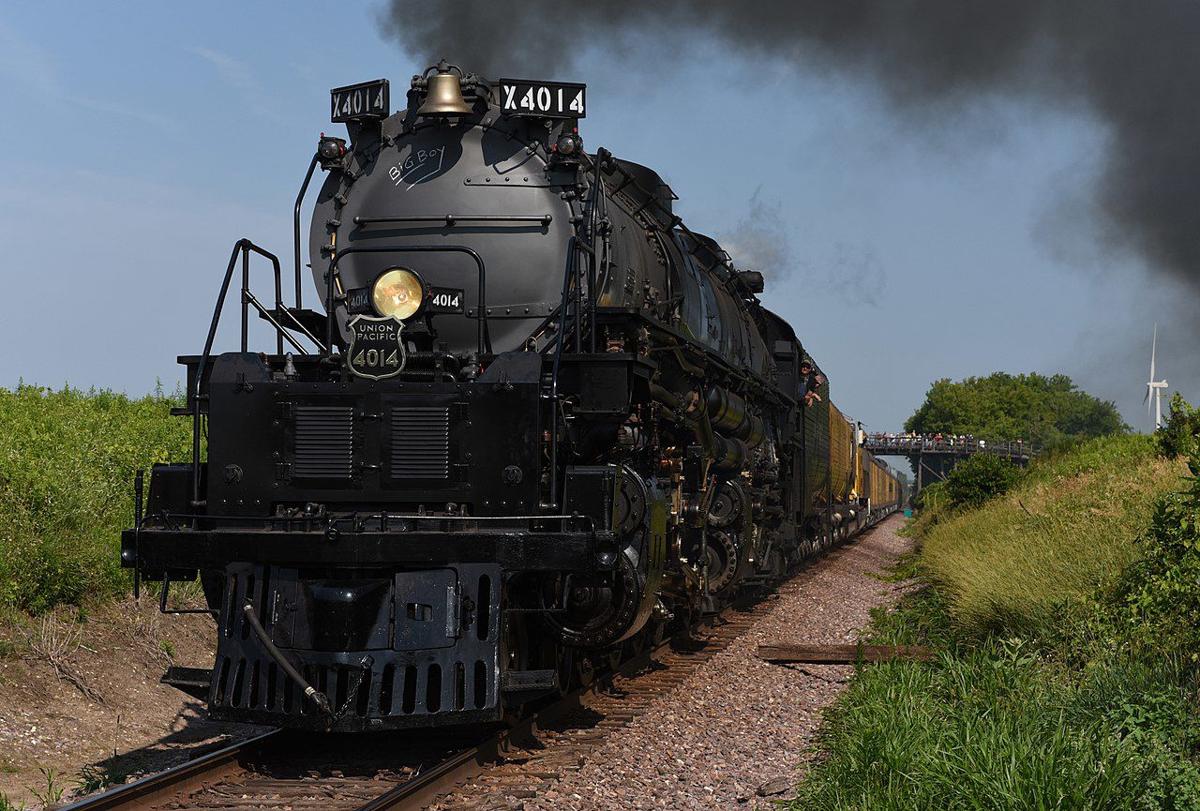 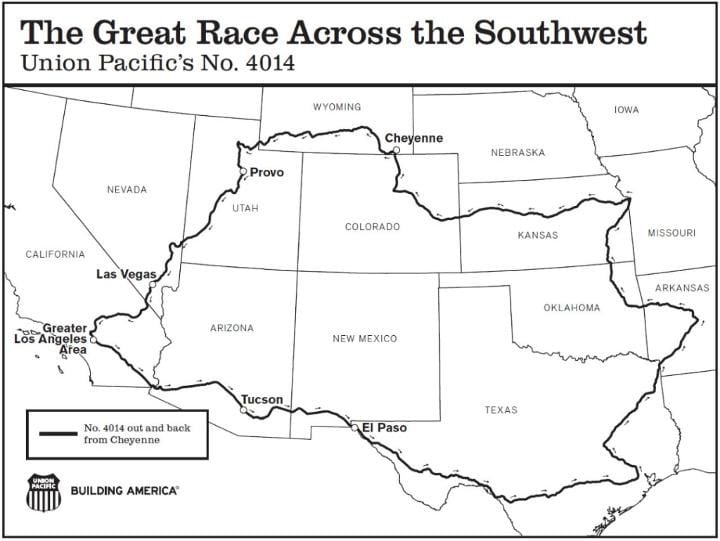 In honor of the 150th Anniversary of the Transcontinental Railroad’s Completion, Union Pacific’s historic Big Boy steam locomotive No. 4014 has ridden the Union Pacific system throughout the year, and will stop in Palestine Saturday.

“We have been fielding calls all week from people across the state coming to Palestine to see this historic steam engine,” said Mary Raum, Manager of Tourism and Marketing for the city of Palestine. “We are fortunate that Union Pacific selected our community as an overnight stop for the Race Across the Southwest Celebration, it gives our locals and visitors and better opportunity to see for themselves this historically important relic.”

"Union Pacific wants to thank the countless rail fans and communities who have helped us celebrate this tremendous anniversary,” he said.

Departing from Jewett, the train is expected to arrive at West Spring Street and Tennessee Avenue in Palestine at 2 p.m. The train will stay in town overnight and depart on Sunday at 8 a.m., traveling to Jacksonville. Running times and scheduled stops are subject to change. A route map and NO. 4014’s GPS tracking information is available at upsteam.com.

Riding with the Big Bog is an “Experience the Union Pacific” rail car that offers a multi-media walk-through exhibition of railroad history.

Union Pacific Railroad connects 23 states in the western two-thirds of the country, providing a critical link in the global supply chain.

Approved by President Abraham Lincoln, Union Pacific Railroad was incorporated on July 1, 1862, by the Pacific Railroad Act of 1862. The Act of Congress provided for the construction of railroads from the Missouri River to the Pacific as a war measure to preserve the Union.

Part of the First Transcontinental Railroad project, later known as the Overland Route, the railroad stretched westward from Council Bluffs, Iowa, to the Central Pacific Railroad line that ran east from Sacramento.

The line was built primarily by Irish labor, trained during the Civil War. The first rails were laid in Omaha.

Today, the Palestine Car Shop is one of only two car shops on the Union Pacific Railroad that modifies and repairs freight cars.

In May, the restored locomotive toured across the upper Midwest. During that inaugural tour, the Big Boy and the historic steam locomotive Living Legend No. 844 met nose-to-nose, recreating the iconic image taken May 10, 1869. That's when the last spike was driven at Promontory Summit, creating America’s first transcontinental railroad.

Twenty-five Big Boys were built exclusively for UP to handle the steep terrain between Cheyenne and Ogden. The first was delivered in 1941. These engines routinely pulled trains of up to 4,200 tons.

Of the 8 remaining, No. 4014 is the only operational Big Boy. The Big Boy’s return to the rails follows more than two years of meticulous restoration work by the Union Pacific Steam Team

Union Pacific strongly encourages visitors to think safety while viewing and photographing No. 4014.

Remember trains can't stop quickly to avoid people or vehicles on the tracks, and their distance and speed can be deceiving.

The average train overhangs the track by at least three feet, so watchers should stand back at least 25 feet. Also, remember railroad tracks, trestles, yards, and right-of-ways are private property. Never assume tracks are abandoned or inactive.

George Everette Hodge, age 77, of Palestine, Texas, passed peacefully from this life to his eternity in heaven on Tuesday, the 25th of February at his residence. He was born in Houston, Texas on September 28, 1942 to John Dee Hodge and Mildred Jordan Hodge. He married the love of his life, M…