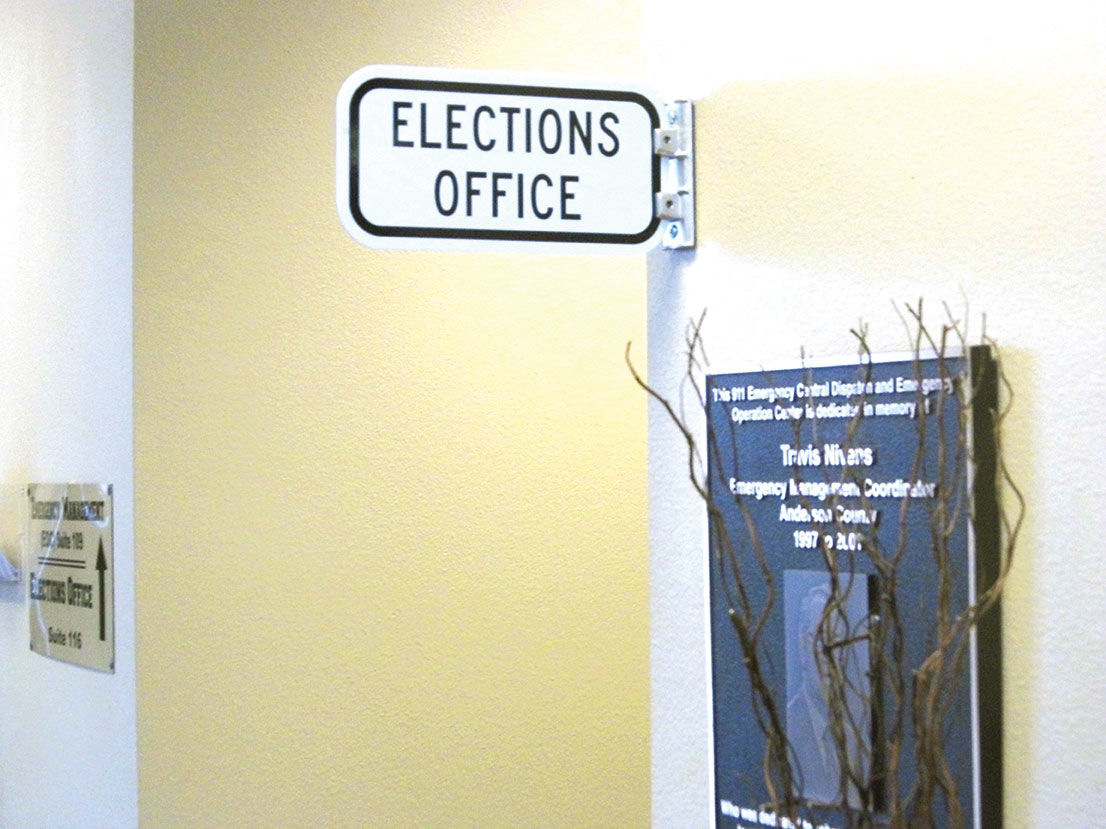 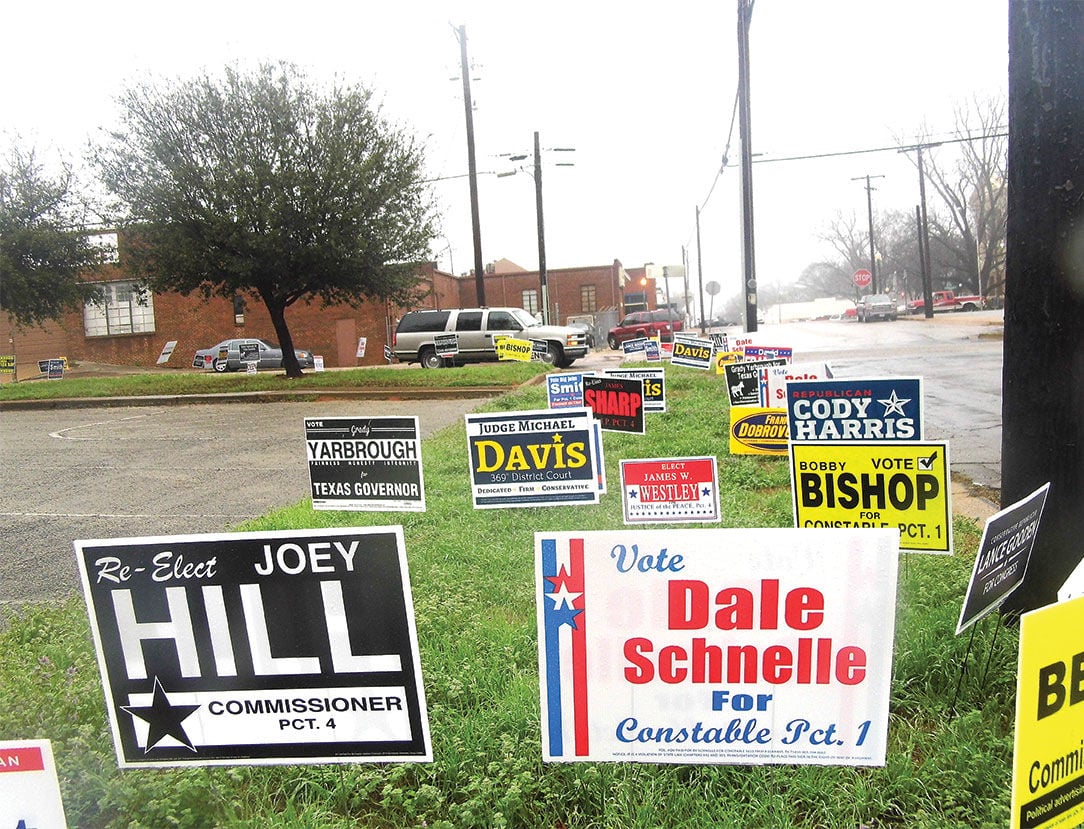 Candidates' signs line the roadways in anticipation of the March 6 election.

Candidates' signs line the roadways in anticipation of the March 6 election.

Anderson County primary elections, including local constables and U.S. senators, take place on March 6. Palestine voters in Districts 1, 3, and 5 will make choices for City Council on May 5.

The issue of collusion and election tampering has heated up since the 2016 presidential election. Government officials nationwide have made eliminating voter fraud a priority. Texas is no exception.

In August of last year, the Texas Senate passed Senate Bill 5, increasing penalties for improperly handling mail-in ballots to either a class “A” misdemeanor or state jail felony.

“It is a primary function of government to protect a citizen's right to vote,” Texas Governor Greg Abbot has told reporters. “I will not allow the integrity of the ballot box to be compromised in Texas.”

Mail-ballot harvesting is the practice of going door-to-door, and mailbox-to-mailbox, collecting ballots from unwitting voters. These ballots are vulnerable to tampering, or even risk being destroyed or discarded.

Earlier this year, South Texas officials in Starr County, during their ongoing investigation of mail-ballot fraud, made the state's first arrest under stiffer laws. Ernestina Barron, a Rio Grande City School District employee, was arrested and charged with multiple counts of voter fraud.

“Our legislature has given us a very clear mandate to prevent voter fraud,” Starr said.

In Anderson County, election officials said voter fraud has not been a problem here. A three-member team, led by Elections Administrator Casey Brown, input all voting and ballot information into a database, linked to the State Attorney General's office.

“We haven't had anything like that here yet,” Anderson County Elections Clerk Delrine Wilcher told the Herald-- Press on Friday. “We see everything and enter it all in. I'm sure we'd spot it.”

Anderson County Judge Robert Johnston, who is up for re-election this year, agreed with Wilcher. He also backs the state's decision to increase penalties for voter fraud.

“I think any laws to deter fraud and cheating are good ones,” Johnston said. “We sure heard a lot about it during the Trump election.”