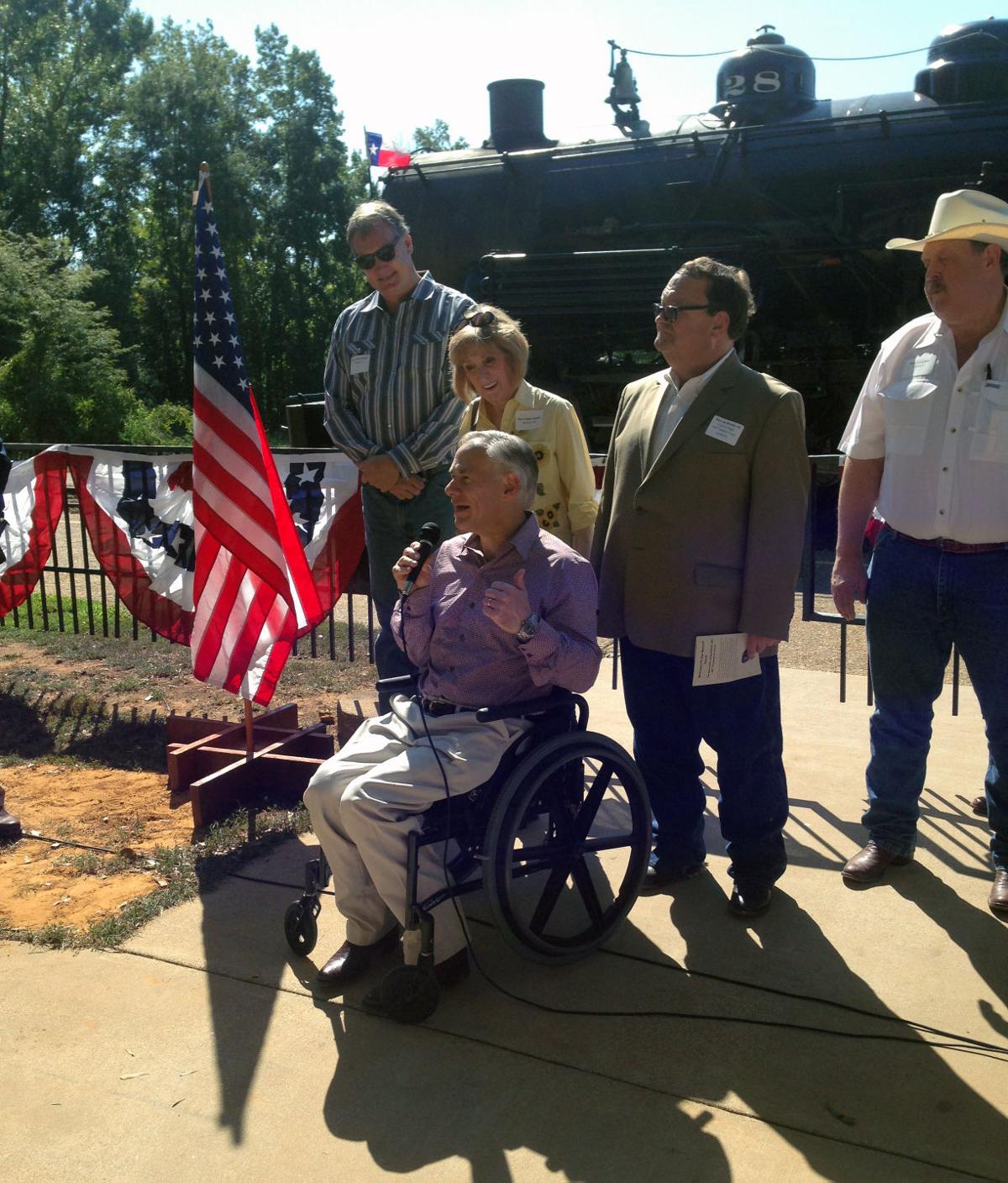 Texas Gov. Greg Abbott speaks to the gathered crowd in Palestine before his ride on the Texas State Railroad. 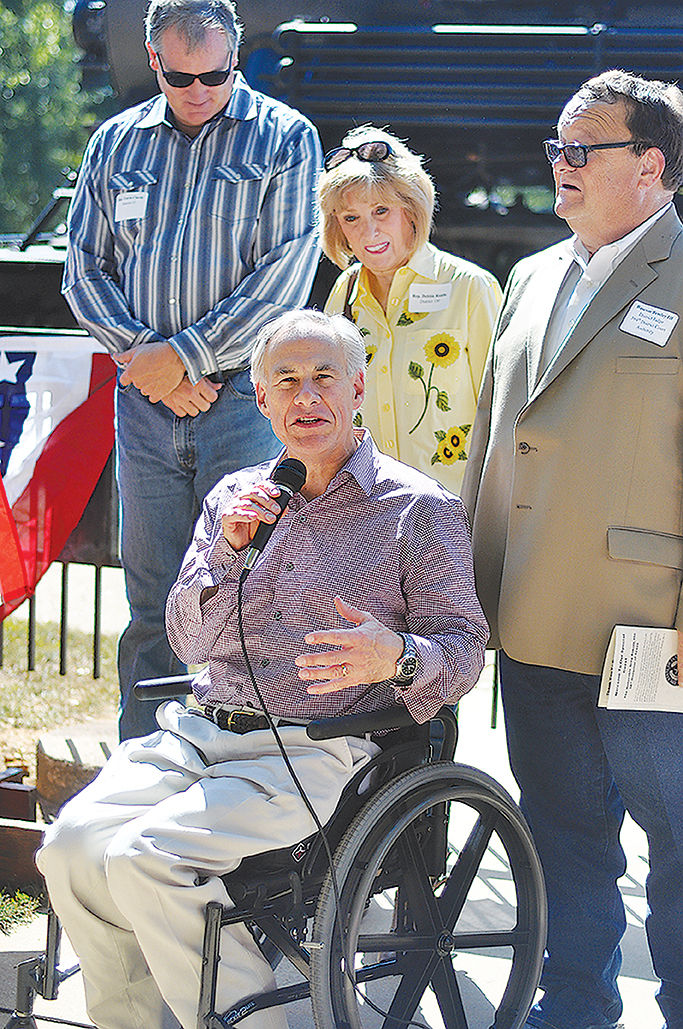 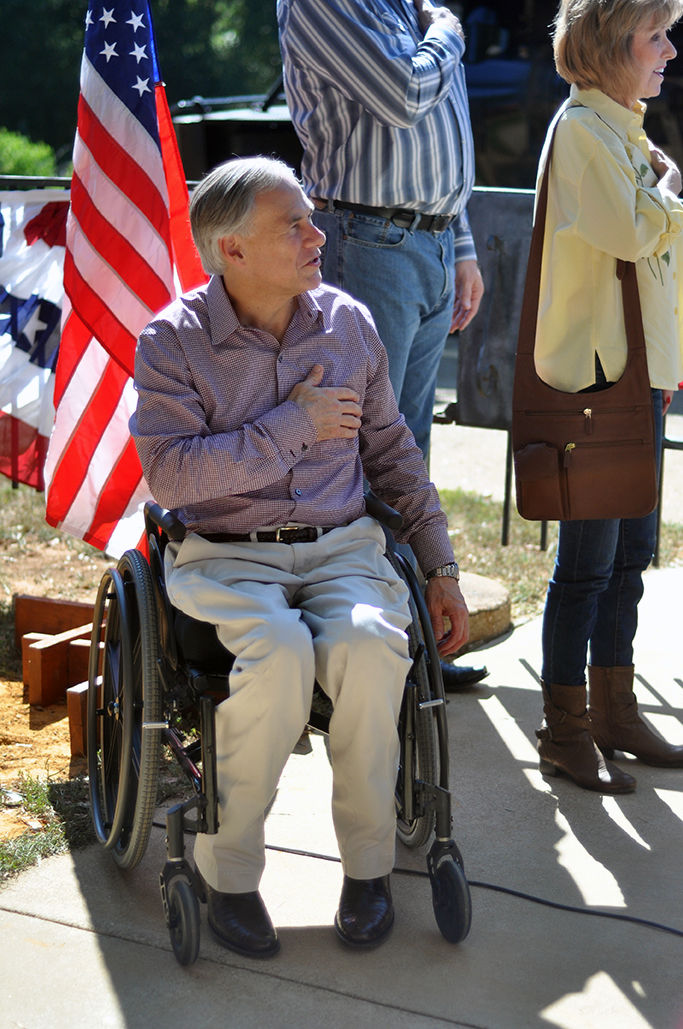 Gov. Greg Abbott pledges allegiance to the Texas flag during the opening ceremonies for the governor's ride on the Texas State Railroad on Saturday. 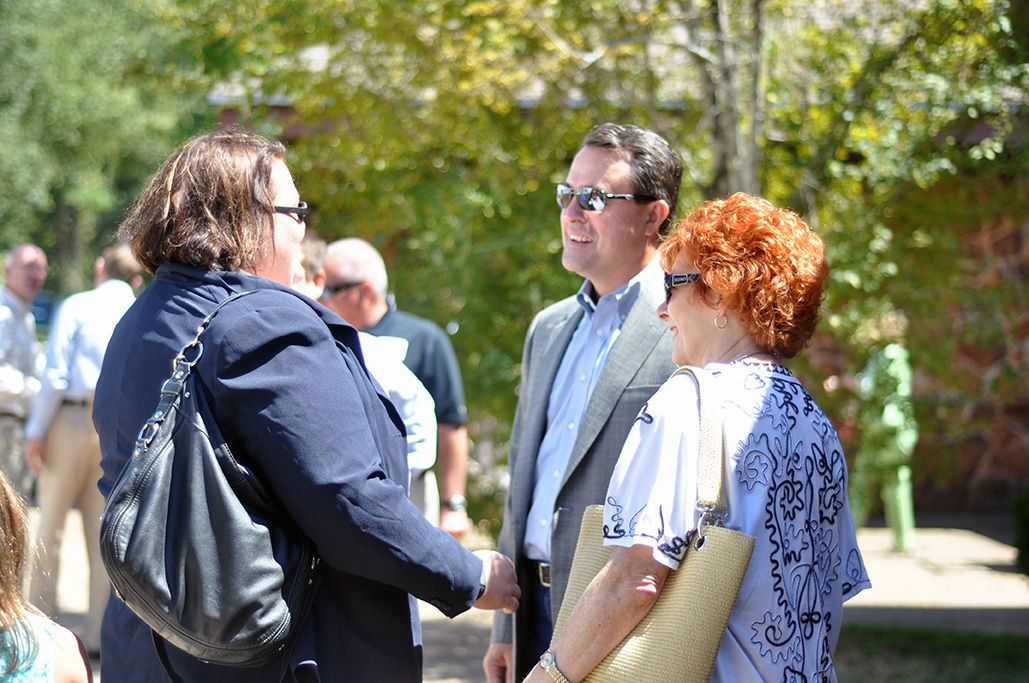 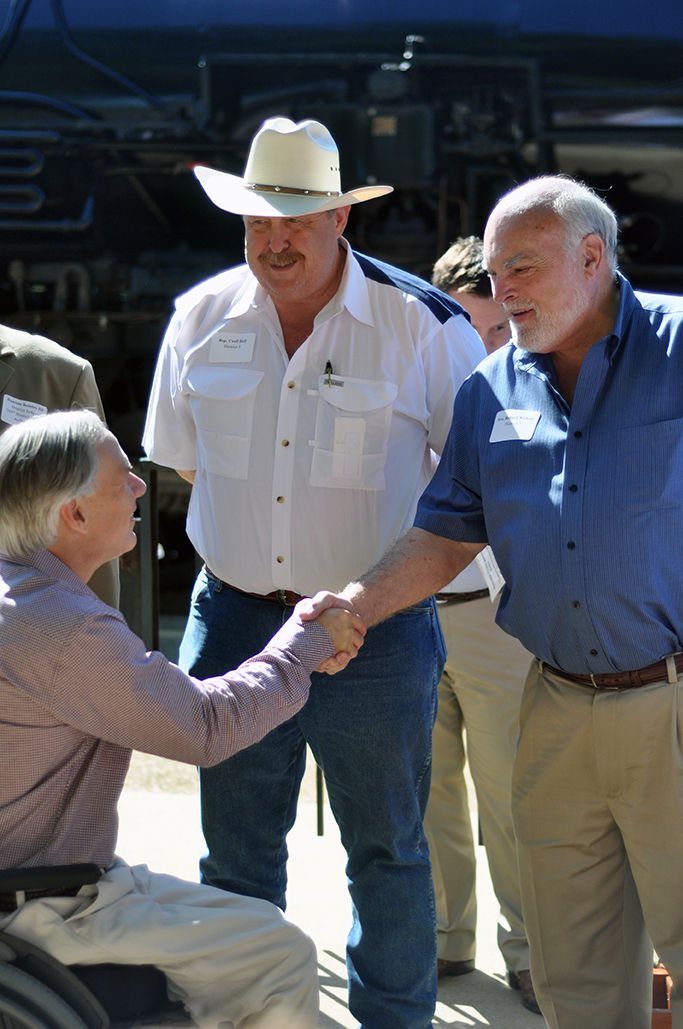 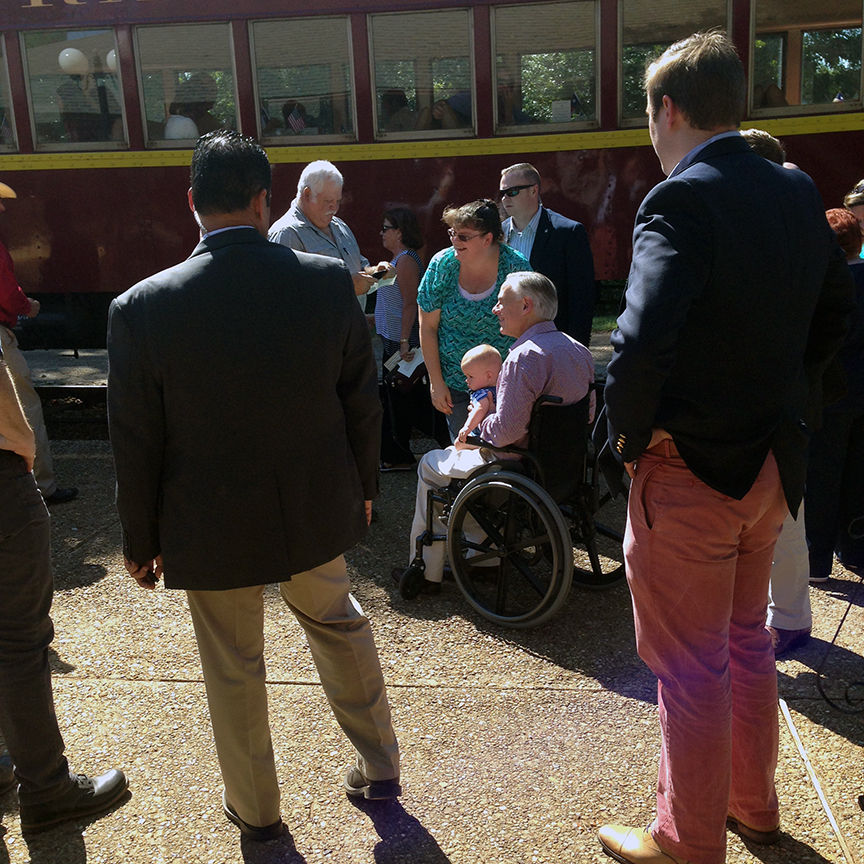 Texas Gov. Greg Abbott stops with a constituent and a child before getting on the Texas State Railroad.

Texas Gov. Greg Abbott speaks to the gathered crowd in Palestine before his ride on the Texas State Railroad.

Gov. Greg Abbott pledges allegiance to the Texas flag during the opening ceremonies for the governor's ride on the Texas State Railroad on Saturday.

Texas Gov. Greg Abbott stops with a constituent and a child before getting on the Texas State Railroad.

On Saturday, Texas Governor Greg Abbott visited Palestine to take his inaugural ride on the Texas State Railroad. Abbott is the eighth Governor of Texas to ride the train since its opening in 1976.

A big Texas welcome awaited Abbott at the depot, including a flag-bearing Girl Scout riding troop at the entrance of the park and a gracious crowd eager to meet him. Abbott generously worked the crowd, meeting and greeting as many people as possible, especially the children present, taking time to shake hands and take photographs.

Before taking the official picture and boarding the train, Abbott took a moment to greet the crowd. In his address, Abbott informed those present that trains had always played a key role in his life, reporting that his grandfather was a train conductor and that he had grown up not far from the Texas State Railroad in the East Texas town of Longview.

Everyone with a ticket boarded the train and enjoyed a scenic ride through the East Texas countryside from Palestine to Rusk. Upon arrival at the Rusk depot, the governor was met by another crowd of East Texans anxious to meet him. He again graciously took pictures, greeted and spoke with those who sought an audience with him.

A catered lunch of barbecue and all the fixings, with a choice of pecan pie or peach cobbler from Shep's Bar-B-Que was served to those in attendance.

Rusk City Manager Mike Murray welcomed the crowd and introduced Clardy. After greeting the crowd and talking about what a great community Rusk is, and the importance of the Texas State Railroad, Clardy introduced Nichols, who gave a brilliant introduction for Abbott.

When Abbott addressed the crowd during the luncheon, he again noted how trains have always played a role in his life, again mentioning his grandfather and his hometown of Longview and then recalled a favorite book his mother read him as a child, “The Little Engine that Could,” recollecting the familiar words of “I think I can, I think I can,” as the train struggled up hill and “I thought I could, I thought I could” after making it up the hill.

Abbott said that the lessons he learned from that book, the spirit of perseverance in spite of insurmountable odds would be one that would help him make it to where he is today. Talking about the accident, in which a tree fell on him while jogging and left him partially paralyzed, Abbott said, “I repeated in my brain over and over again as I laid in the hospital bed overcoming my injury the memory of my mother telling me 'I think I can, I think I can.' And I kept repeating that phrase all the way to the Governor's Mansion in Austin, Texas.”

At the conclusion of lunch, those in attendance had a choice to ride back to the Palestine depot by train or by bus.

Horace David Smith was an only son of HG & Lila Smith, born Jan. 20, 1942, in Palestine. He passed March 19, 2021 in Chiang Rai, Thailand. He was 79 years old. He graduated from Palestine High School in 1960 and was Palestines first all-state basketball player. While attending The Univer…