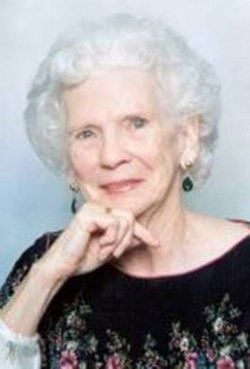 Geraldine Davidson, 84, a retired Palestine school teacher and church organist, was kidnapped from her residence and murdered by four local youths on Jan. 26, 2000. 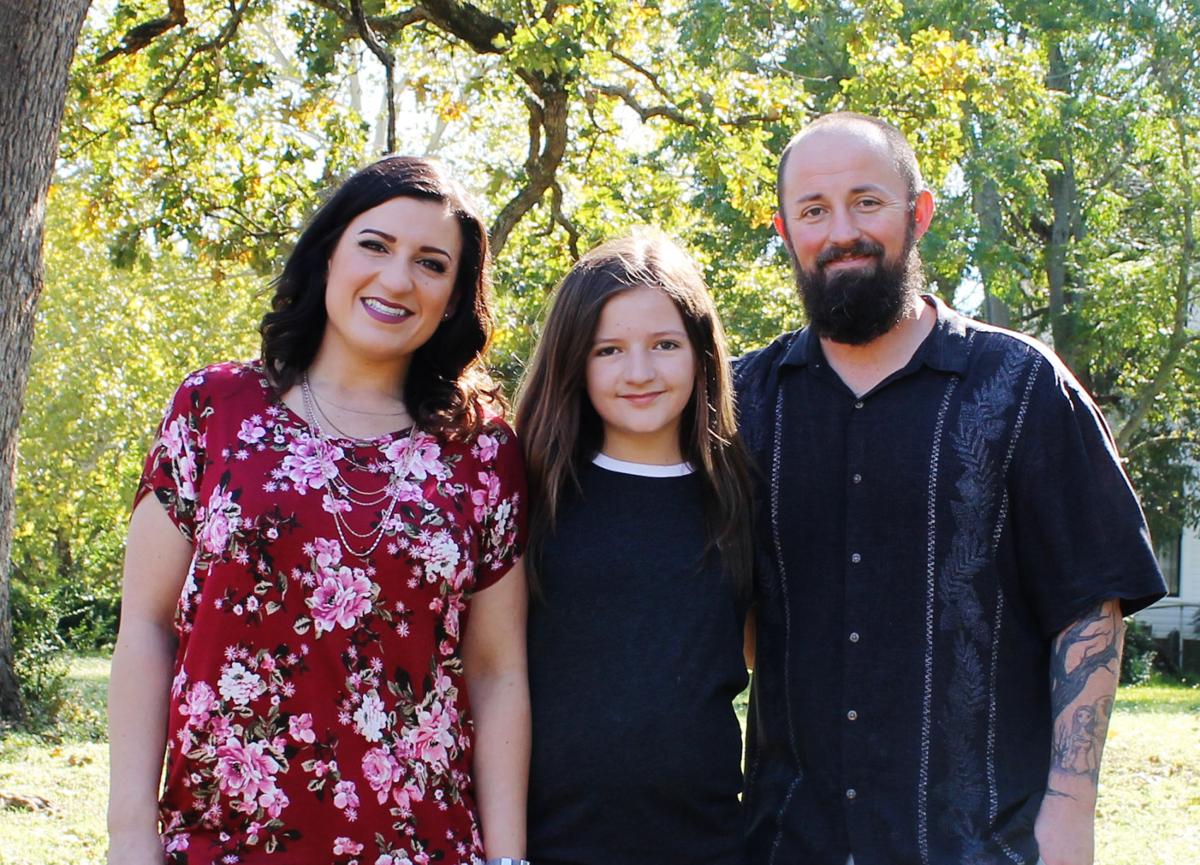 The Ivins, Andrea, Heath and Rylee 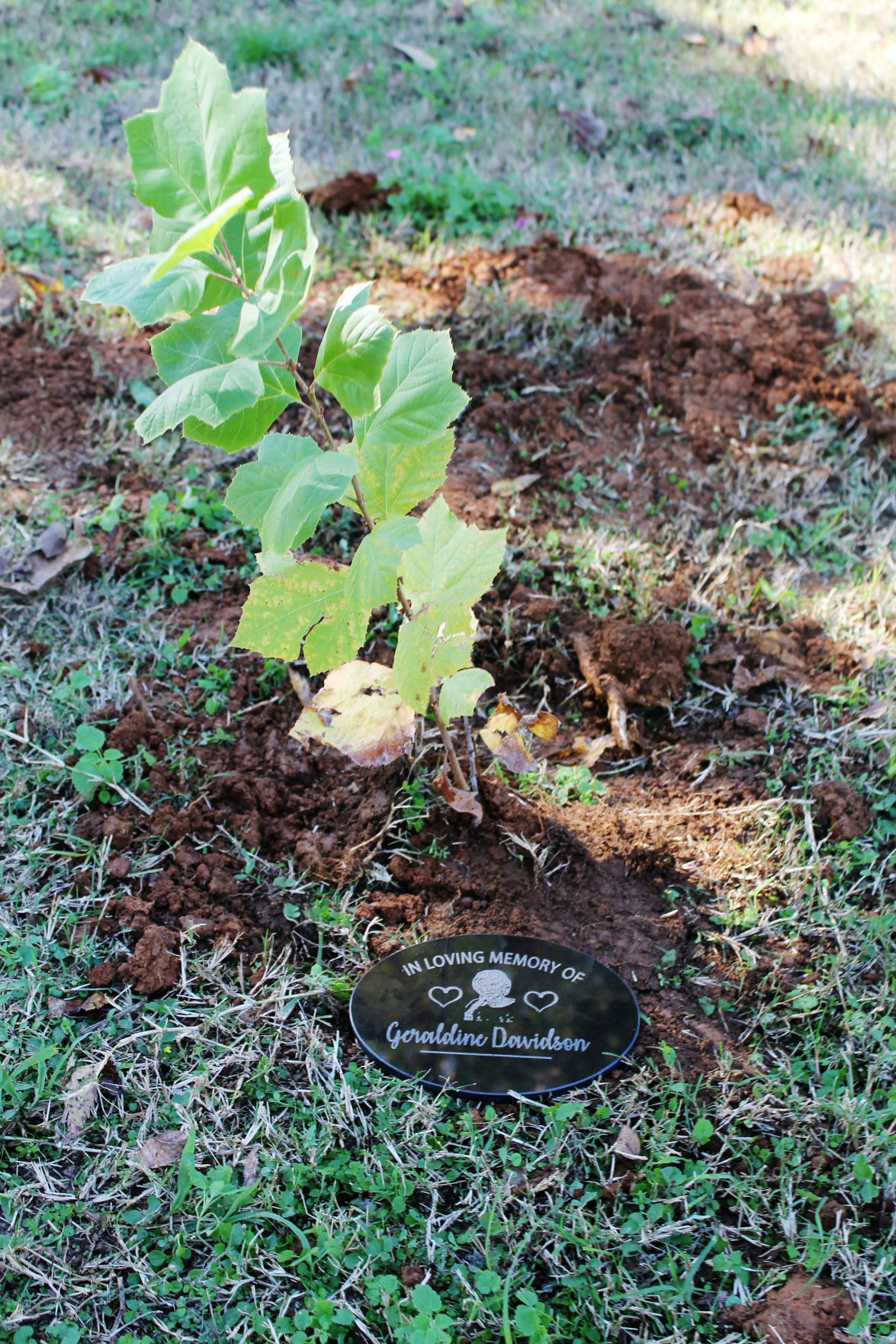 A tree was planted in Geraldine Davidson's honor in the yard of her former home on Saturday. 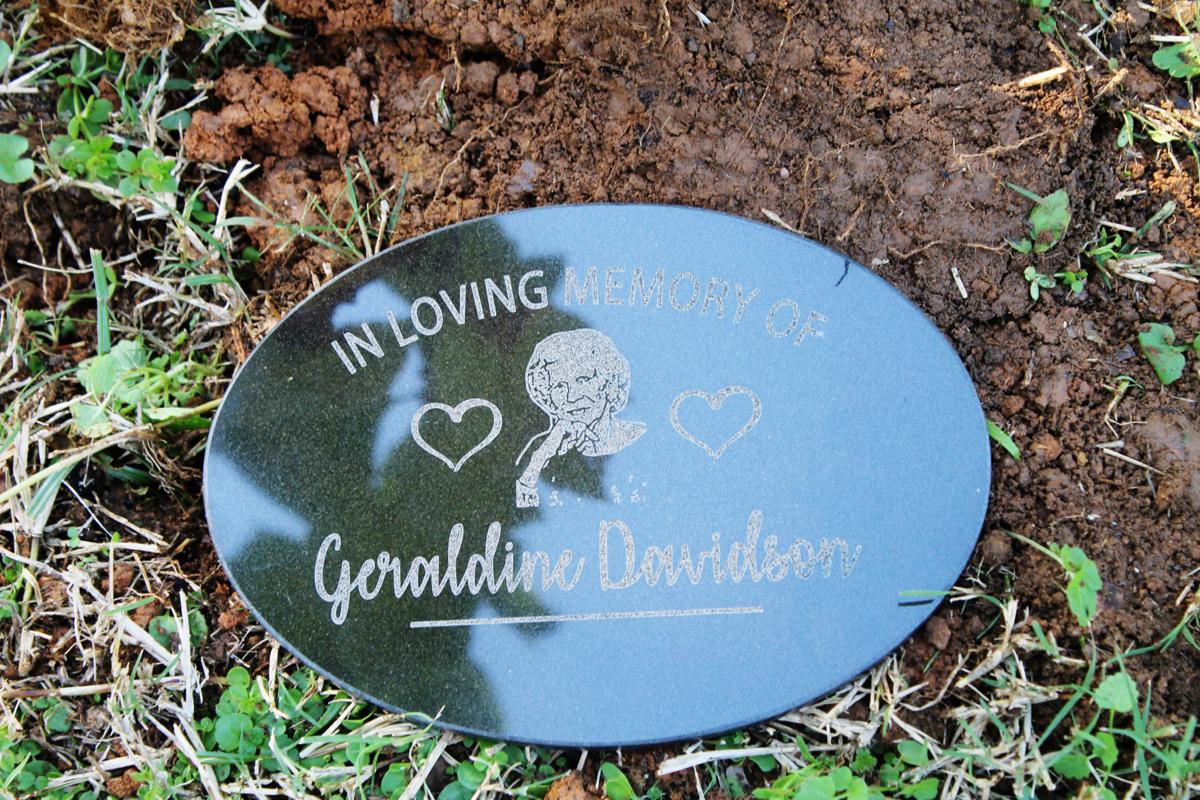 A plaque with a engraved picture of Geraldine Davidson was placed at the base of the tree.

Geraldine Davidson, 84, a retired Palestine school teacher and church organist, was kidnapped from her residence and murdered by four local youths on Jan. 26, 2000.

The Ivins, Andrea, Heath and Rylee

A tree was planted in Geraldine Davidson's honor in the yard of her former home on Saturday.

A plaque with a engraved picture of Geraldine Davidson was placed at the base of the tree.

A tree was planted Saturday in honor of a kind and giving member of this community who left this world in a horrific manner.

“Geraldine Davidson was an intelligent, giving and very thoughtful person. She was very caring and had a lot of people who cared for her,” recalls Andrea Ivins.

The 84-year-old Davidson, a retired Palestine school teacher and church organist, was kidnapped from her residence by four local youths on Jan. 26, 2000. She was then paraded around in the trunk of her vehicle before being tossed into the frigid waters of the Neches River with her hands bound behind her back and a cinder block tied to her ankles.

A passing motorist on U.S. 79 between Palestine and Jacksonville alerted authorities the following day, after observing Davidson's body in the river's shallow waters.

Andrea and husband, Heath, with their daughter, Rylee, had recently purchased the home owned by Davidson when she was kidnapped on South Sycamore Street.

“Although her home had been brought back to life by a previous owner, we wanted to honor the memory of Mrs. Davidson,” Ivins said. “The previous owner was not from Palestine and was not aware of her legacy.”

“My husband, Heath, used to mow her yard when he was a young man with his dad. He always thought the house was a mansion and was completely enamored as a child. We are so fortunate to be the new owners. We wanted to honor her because it seems she has no family left.”

Geraldine's picture sits right next to her late grandmother's on the family's dinner buffet, Ivins said. “She is held in high regard in our home.”

During Saturday's ceremony, new home owner Ivins welcomed about 15 guests and thanked them for attending a ceremony to honor Davidson's life and legacy.

“It isn’t possible to put into words the importance of remembering this sweet woman and how much she meant to her friends and community,” Ivins said.

“She positively influenced many lives in so many ways and she is dearly missed. We plant this tree in remembrance of her and all she gave from her heart to this community. He who plants a tree plants hope."

Ivins hopes to purchase a bench to go beside the tree, so that people can sit there and mediate.

According to trial documents, Danielle Simpson, 20 and his wife, Jennifer, 16, were living with his aunt a few blocks away from Davidson. Simpson has burglarized Davidson's home at least twice.

On a third burglary attempt, Danielle and his 13-year-old cousin and his wife were stealing jewelry when Davidson returned home.

Danielle approached her from behind and held a knife at Davidson's neck. He asked her for money, which she retrieved from her purse.

Simpson then directed his cousin and his wife to restrain Davidson while he went and retrieved a pillowcase and duct tape.

When he returned, Danielle bound Davidson's hands, taped her mouth, and told Jennifer to tape her legs.

Danielle put a pillowcase over Davidson's head, threw her over his should, carried her outside and put her in the trunk of her car.

Danielle's 13-year-old cousin testified that Danielle drove Davidson's car around town, opening the trunk and showing off his victim to friends.

Danielle, his wife, and cousin were eventually joined by Danielle’s 15-year-old brother, Lionel Simpson, who suggested they kill Davidson.

The group drove to a fast food restaurant and ate hamburgers and french fries, before driving to the Neches River.

They opened the trunk and removed Davidson. Danielle got a running start and kicked Davidson in the face. Lionel then tied one end of the rope around her legs while Danielle tied the other end around a cinder block. Then they threw the block and her body into the water.

Lionel Simpson was convicted of capital murder and is serving a life sentence.

Jennifer Simpson pleaded guilty and is serving a 40-year term. Both were certified for trial as adults but were ineligible for the death penalty because of their age.

McCoy was sent to the Texas Youth Commission and paroled in 2007 at the age of 21 to serve the remainder of his 13-year sentence under adult parole supervision.

Danielle Simpson was executed in Huntsville in November 2009 for his role in Davidson's murder.

Davidson's murder was spotlighted by Investigation Discovery during an episode of the series, "Wicked Attraction," in 2011.