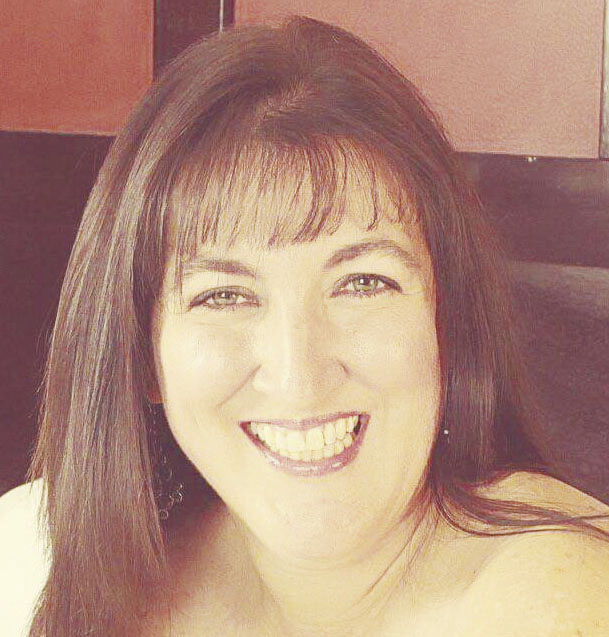 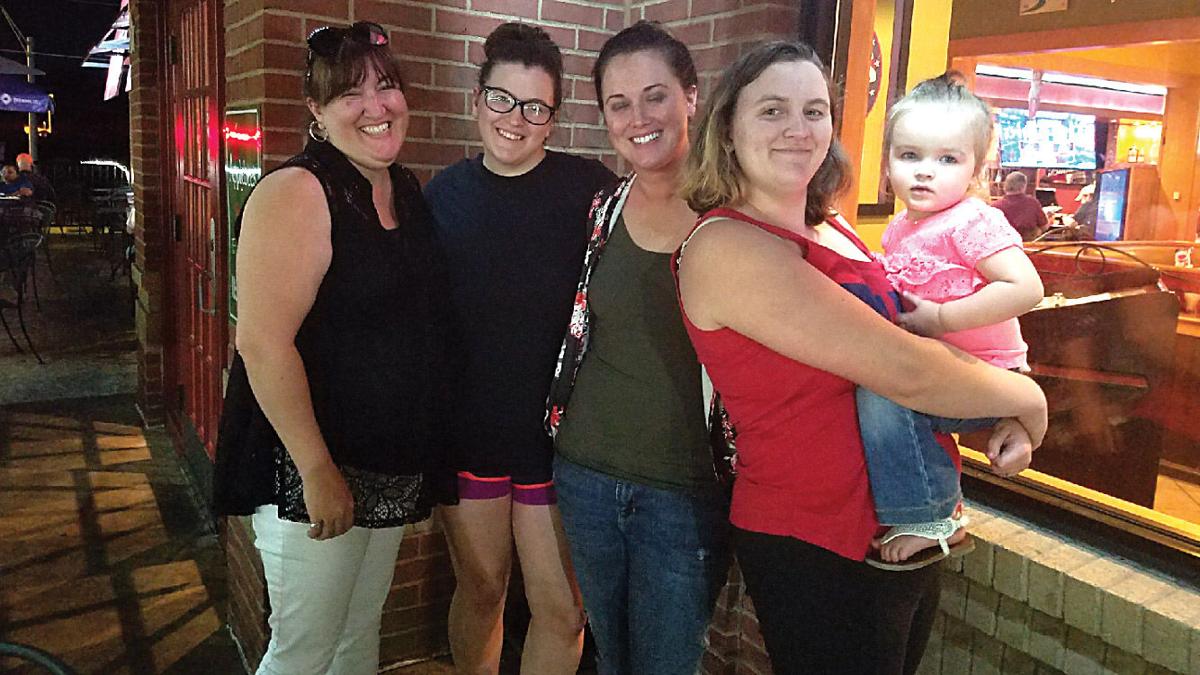 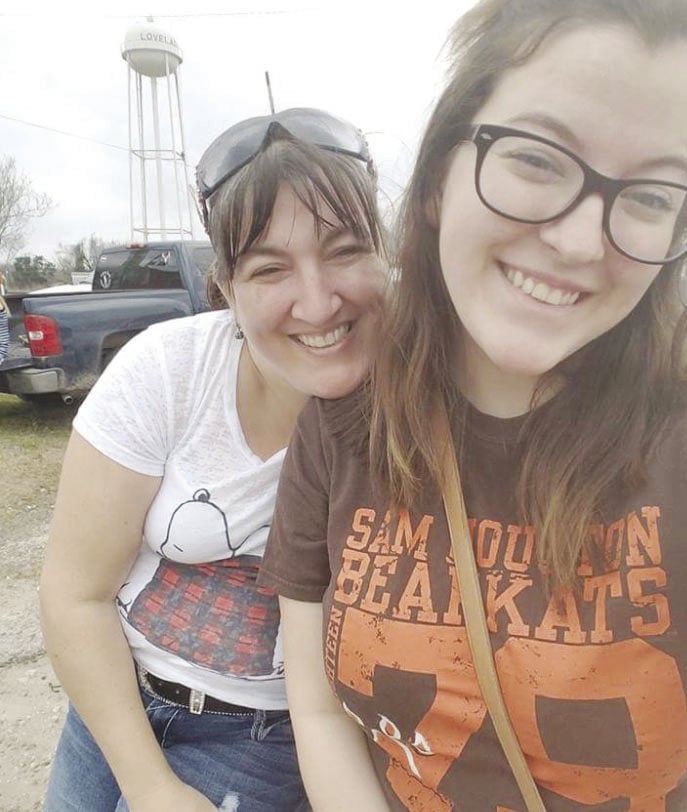 As family and community members of murder victim Ricki Taylor, pictured above with family, continue to grieve and hope for justice, they hope the community will remember the ray of sunshine that she was, always giving of her time and talents to help others.

As family and community members of murder victim Ricki Taylor, pictured above with family, continue to grieve and hope for justice, they hope the community will remember the ray of sunshine that she was, always giving of her time and talents to help others.

For three years a botched case has left the family and friends of Ricki Deann Taylor, 46, with no justice and questions. Today, we are no closer to finding out who murdered Ricki.

People want to know why an arrest was made, but there has been no prosecution. The truth lies in a case that crosses county lines and became muddled during the investigation and the transfer of evidence.

Three years ago, on June 21, 2017, Ricki Deann Taylor, 46, was living her best life. She had children and family she adored, lots of friends, a job at the radio station, Pine Country 93.5, she loved and was moving in with her fiance.

According to her family and co-workers interviewed by the Herald-Press, Ricki Taylor had a normal day that day. She got up, went to work, spent a few hours moving furniture into storage with her father, Rickey Garner, before heading out into the night.

Donny, a former police officer, was working in the Dallas area the night Taylor went missing. He was one of the last people to speak with her over the phone before her death. Ricki's family and co-workers recall Donny calling her a lot, being protective and possessive of her, but according to them Ricki didn't seem to mind, most of the time.

When Ricki didn't answer their typical late night call before bed, Ricki's cousin, Marilyn, who lived with them, said he began to worry and called her looking for Ricki, but Ricki had not made it home.

Donny ended up coming home early to look for Ricki. He drove out to her father's house and called around looking for her. Family members reported it was Donny who found Ricki's truck abandoned and damaged at Willie Meyers Park, near Colorado and Magnolia Streets in Palestine just after 7 a.m. on June 21. The truck’s passenger side-view mirror was missing the back cover and a tree branch was stuck in the hinge of the passenger mirror. There were numerous scratches found on the passenger side of the truck. The passenger seat was pushed back to suit a taller person.

The Palestine Police Department received the reports that Taylor was missing, that her truck had been found abandoned and damaged and followed the cell phone tower pings of her cell phone to a remote location on County Road 2120 in Houston County where they found her body, two days after she was killed, on June 23. Believing that her body was dumped, the Palestine PD called and requested permission from the Houston County District Attorney’s Office to began working the evidence of the case, despite there being no murder scene or evidence that Ricki was killed in Palestine or Anderson County.

Since Taylor was actually killed at that location where her body was found the jurisdiction of the case was the Houston County Sheriff's Office; however, the Palestine PD did not notify the sheriff’s office and did their own investigation, collecting evidence, bagging the body and working the scene.

The Houston County Sheriff's Office was notified later of what the Palestine Police Department had found, but was never responsible for the evidence collection, the investigation or the case in any way.

Taylor's body was sent by the Palestine Police Department to Dallas for autopsy. According to the medical examiner, Taylor had no defensive wounds on her body, and nothing under her nail beds. There was no struggle. She had bruising on her knees where she knelt before her killer shot her execution-style in the back of the head.

The evidence suggests that the suspect then left the scene in a hurry, breaking the rearview mirror on Taylor's truck. The glass from the mirror on the ground is what helped investigators locate her body. The suspect then drove the truck back to Palestine and dumped it near Colorado and Magnolia Street.

The evidence and nature of the crime seems to indicate that Ricki knew her assailant and that that person got into her truck and drove with her to a spot in Houston County and then used Ricki’s own gun, a .380 caliber handgun, to kill her.

As in every crime, police began to look for motives for her murder and consider those closest to her as suspects. Her father, who was the last person known to be with her, was quickly ruled out. Her fiance was working out of town at the time Ricki is believed to have been killed.

Ricki's ex-husband, Andrew Taylor, became the prime suspect early on in the Palestine Police Department's investigation and was arrested on June 30, 2017.

Some of the collected evidence was later transferred to the Houston County District Attorney, Donna Gordon Kaspar, who presented it to a grand jury. The Houston County Grand Jury "passed" the case against Andrew Taylor due to insufficient evidence, insufficient lab results and an alibi he provided based on evidence he produced.

After 90 days in the Anderson County Jail without being indicted for a crime, Andrew Taylor was released, in October 2017, on a $50,000 PR bond. He has been living a quiet life in Palestine, doing construction and raising he and Ricki's son.

In the words of Kaspar, “With no conviction, Andrew Taylor should be treated as if he is innocent.”

Kaspar told the Herald-Press in late 2019 that she had still not received all the evidence in the case and that they would virtually have to start the case from scratch.

Investigators with the Houston County Sheriff’s Officer were told at one point by their Texas Ranger they would be reopening the case, but that had not happened as of Friday, June 19.

As the years continue to roll by, Ricki's family continues to hope for justice for her. Not a holiday, birthday or special event goes by that they don't think about or miss her. Peace won't come for them until they have some sense of justice for her.

The trail of evidence has grown cold and continues to erode as time goes by, however, the authorities hope that by reopening the case, they might find new information or jog a memory of a witness that saw something that could lead to an arrest of Ricki's killer.

Did you see Ricki on her last day? Did she say something in passing that struck you as odd and could it be a clue to what happened to her? Is there some piece of knowledge that has bothered you since her disappearance, but you've never shared it with law enforcement?

Anyone that knows anything that might help lead to the arrest of Ricki's killer is urged to contact the office of the Houston County District Attorney at 936-544-3255.