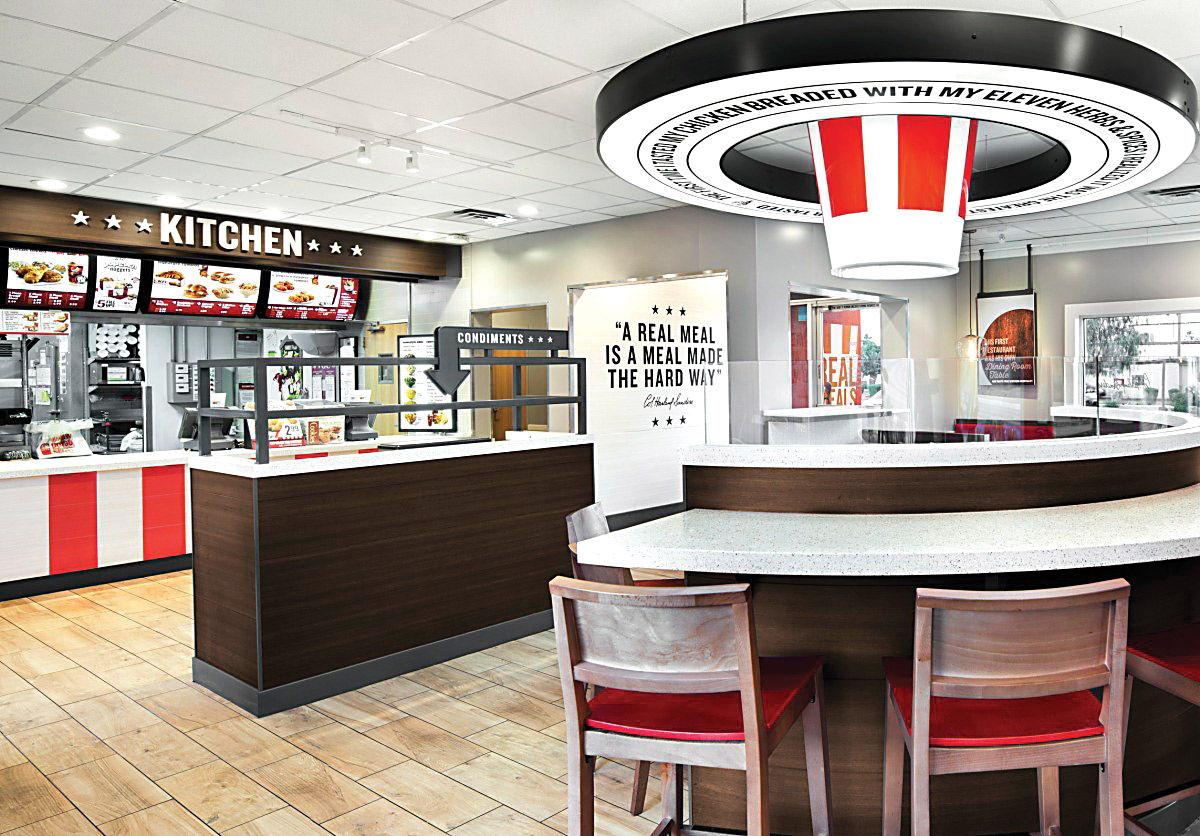 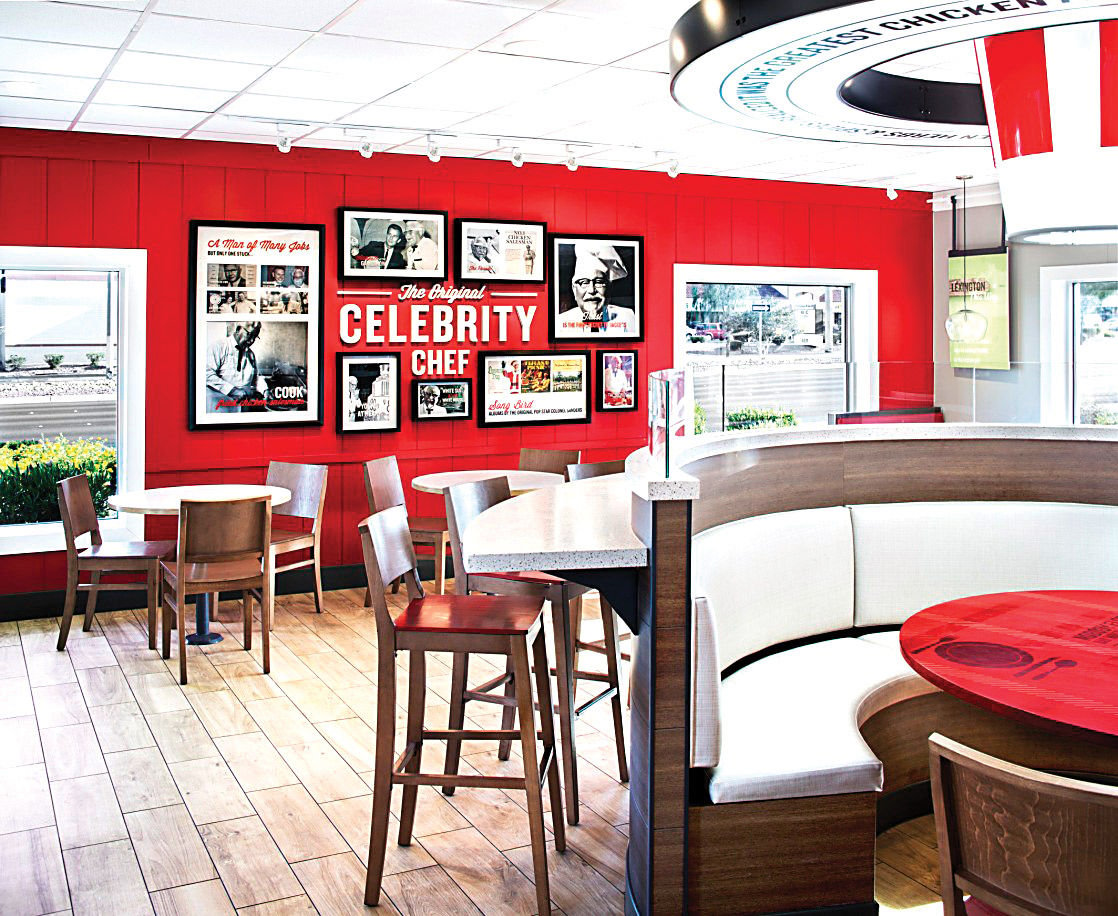 Barry Dubin, chief development officer of KBP Foods, said the company expects to invest more than $40 million renovating about 200 KFCs, including their location in Palestine.

The interior includes family-style seating called the “Colonel’s table,” and a photo wall showcasing the Colonel’s legacy as one of the South’s original “celebrity chefs.”

The prominence of Colonel Sanders — a well-known personality throughout the U.S. for his famous, finger-lickin’-good fried chicken, delicious biscuits, and tasty sides — goes hand in hand with KFC's recent efforts to refocus customers’ attention on the Colonel.

Mike Kulp, president and CEO of KBP Foods, said, “The Colonel is central to everything Kentucky Fried Chicken stands for — doing things the hard way and serving the world’s greatest fried chicken. I think the Colonel would be really happy with the look of these new KFCs.”

Kulp added, “KBP Foods recently acquired these restaurants, and the reinvestment is long overdue. I can’t wait for the people of Palestine to see their new KFC.”

The Palestine Avenue location is set to reopen in late October. The drive-thru will remain open during the remodel process.