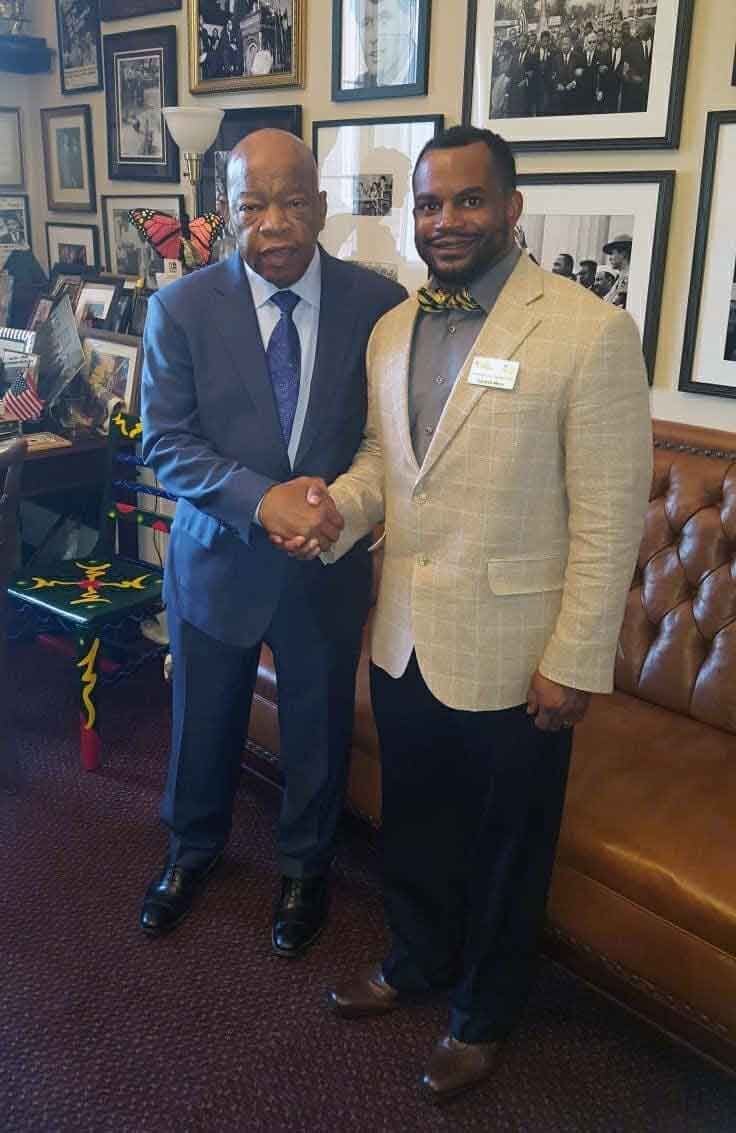 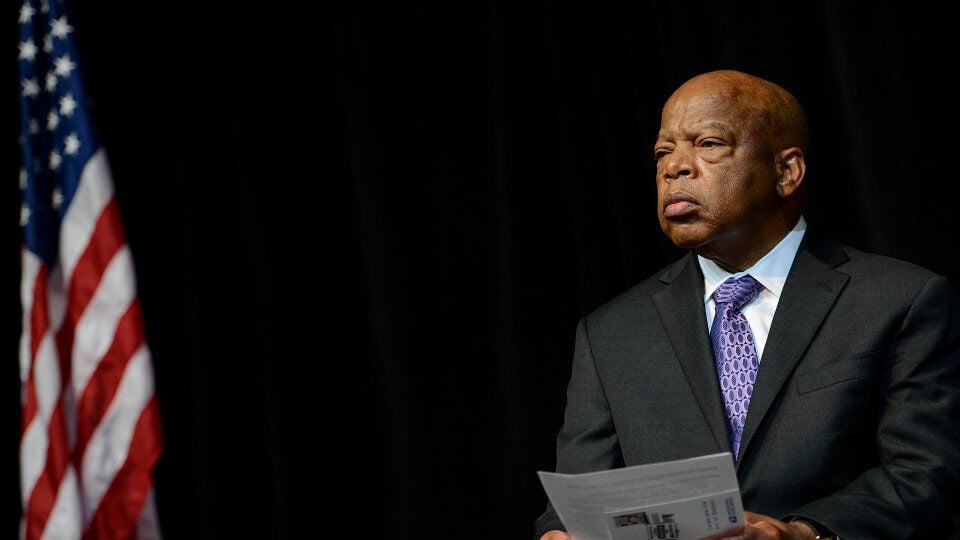 John Robert Lewis, the son of sharecroppers who survived a brutal beating by police during a landmark 1965 march in Selma, Alabama, to become a towering figure of the civil rights movement and a longtime US congressman, died July 17 after a six-month battle with cancer. He was 80.

John Robert Lewis, the son of sharecroppers who survived a brutal beating by police during a landmark 1965 march in Selma, Alabama, to become a towering figure of the civil rights movement and a longtime US congressman, died July 17 after a six-month battle with cancer. He was 80.

Two years ago, Anderson County Commissioner Rashad Mims sat across from American civil rights icon John Lewis at the nation's capital in a moment he said he will take with him for the rest of his life.

Georgia Congressman Lewis passed away July 17 of pancreatic cancer at 80 years old. The late United States Rep. Lewis was remembered by his siblings Saturday as a humble family man and a hero during observances at a hometown service in Troy, Alabama.

On Mims’ visit to Washington D.C in August 2018, he was scheduled to meet with Republican Senator John Cornyn after he completed the two-year V.G. Young Institute of County Government Commissioners Court Leadership Academy. Run by Texas A&M AgriLife Extension, the program educates and prepares county officials by identifying and resolving problems and managing opportunities faced by county government.

However, another opportunity was presented to Mims. After the meeting with his house representative fell through, Mims found himself captivated by the sound of a familiar voice, that of John Lewis.

“You see this great icon and you want to run up to him and shake his hand,” Mims said. “I want him just to say something to me. I'm antsy because I can't believe I'm hearing John Lewis. I was in an icon's presence.”

Mims wasted little time approaching Lewis when the meeting concluded. He shook his hand in disbelief as he introduced himself.

This was the same civil rights leader who was a member of the 1961 Freedom Riders trying to integrate Southern bus stations; the 23-year-old leader of the Students Nonviolent Coordinating Committee who gave the most powerful speech at the 1963 March on Washington.

“This was somebody that lived through it,” Mims said. “He paved the way to give me an opportunity for where I'm at today. From his civil rights struggle to his passing, he never gave up the fight.”

What was supposed to be a quick formal greeting for Mims turned into an invitation to Lewis' office.

“Sit down,” Lewis said as the pair arrived at his office.

Inside, the walls were covered with photos of Martin Luther King Jr. and other leaders, the freedom rides, Selma, Bobby Kennedy’s presidential campaign poster and Lewis’ many civil rights awards.

As Mims soaked in the decades worth of history that surrounded him, he was brought back into the present when, surprising to him, Lewis took interest in his goals and accomplishments.

“He may not have remembered that, but it'll last me a lifetime,” Mims said. “For a person of his character to want to know me showed me you never pass anyone up. You never know what door you're opening for someone and how that can help them.”

Congressman Lewis inspired people to always fight. Fight for freedom, equality and life. He not only inspired individuals, but institutions.

“He put a fire in me to accomplish more,” Mims said. “He never stopped fighting. The fight was for whoever didn't get equal rights. A person like that is unforgettable. He'll live forever in history. Here was somebody who paved the way for me to be where I'm at today. For me to have that moment with him was a blessing.”

*Lewis in posthumous essay: 'Your turn to let freedom ring' *

ATLANTA (AP) — John Lewis spent his whole life fighting for civil rights — and he wanted to make sure the cause lived on after his death.

In an essay he wrote shortly before he died and published in The New York Times Thursday, Lewis implores younger generations to keep fighting, telling them, "Now it is your turn to let freedom ring."

Lewis died July 17 at age 80. He asked that the essay be published on the same day as his funeral, which was held Thursday at the Ebenezer Baptist Church in Atlanta where he worshiped and his mentor, the late Rev. Martin Luther King Jr., preached.

"Though I may not be here with you, I urge you to answer the highest calling of your heart and stand up for what you truly believe," Lewis wrote. "In my life I have done all I can to demonstrate that the way of peace, the way of love and nonviolence is the more excellent way. Now it is your turn to let freedom ring."

Lewis also recalls what he learned from King, whose sermons he had discovered while scanning the radio dial as a 15-year-old boy growing up in then-segregated Alabama.

"He said we are all complicit when we tolerate injustice," he wrote. "He said it is not enough to say it will get better by and by. He said each of us has a moral obligation to stand up, speak up and speak out."

In the online version of this article, it was incorrectly stated that Mims was to meet with Rep. Lance Gooden. Gooden was not yet elected to office at the time of the visit. This article has been corrected.