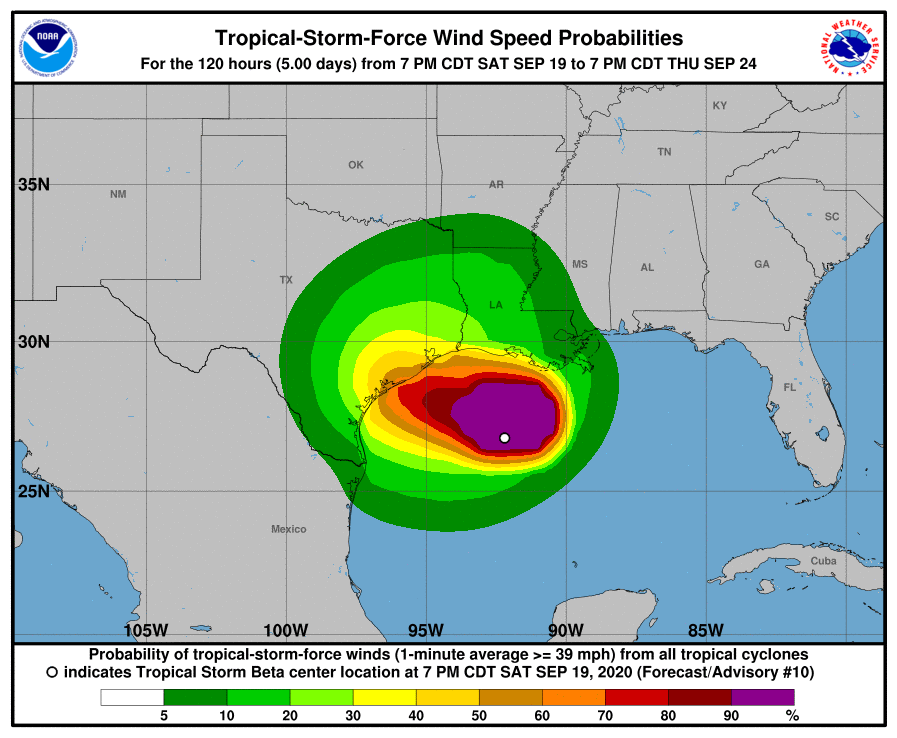 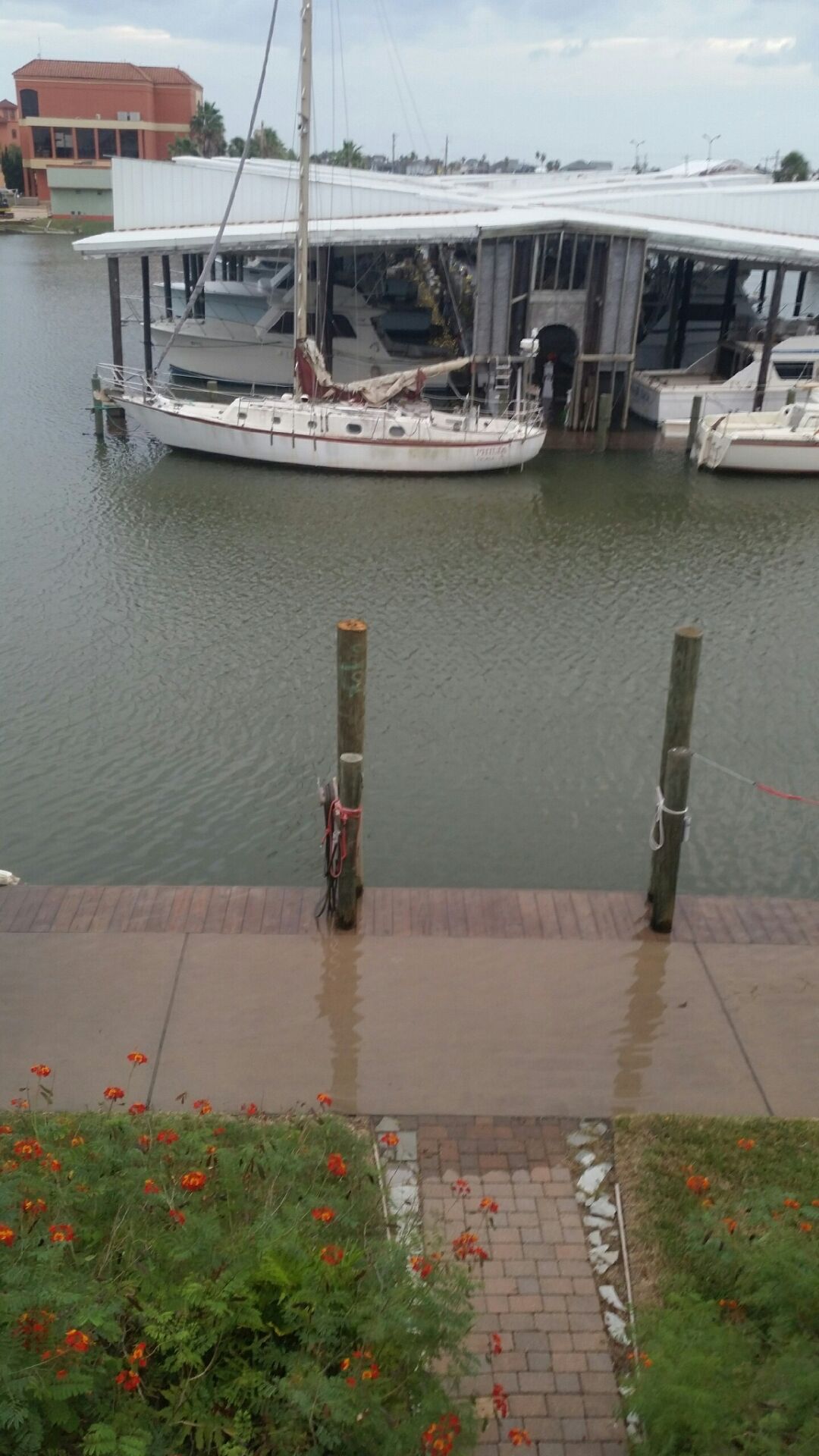 Coastal flooding from the storm surge began Saturday afternoon in Freeport. Rising waters were already over the piers at Mark Greer's home.

The Texas coastline is bracing for yet another hurricane, expected to hit sometime Monday.

Beta formed out of Tropical Depression 22 on Friday. As of 8 p.m. Saturday, Beta was located 330 miles east-southeast of Corpus Christi, and 245 miles south-southeast of Lake Charles, La. with sustained winds of 60 mph.

Voluntary evacuations were issued for both the city of Galveston and Galveston County on Saturday.

The NWS predicts the flash flooding impacts of Beta will have the potential to be life-threatening.

In Freeport, Mark Greer reported that the water had already begun to rise.

“This one is going to be a lot worse than Hurricane Laura was,” Greer said. “The docks and everything are already underwater and this thing is still a few days away.”

Greer, a Westwood ISD graduate and owner and Captain of the Cast Off II and A1 Deep Sea Charters, has a home in Freeport and plans to ride out the storm, as he has done with others in the past.

A tropical storm warning has been issued from Port Aransas, Texas, to Intracoastal City, Louisiana.

Thousands in Lake Charles, Louisiana remain without power after being slammed three weeks ago by Hurricane Laura. There is concern Beta could hit the area with rain once again.

Jay Flournoy Wilson, 65, of Oakwood, Texas, died Oct. 22, 2020, at MD Anderson Cancer Center in Houston. A graveside service will be held at Dodge Cemetery at 2:00 p.m. Wednesday, Oct. 28th. Appropriate health and safety measures will be taken and are strongly encouraged for attendees. Jay w…