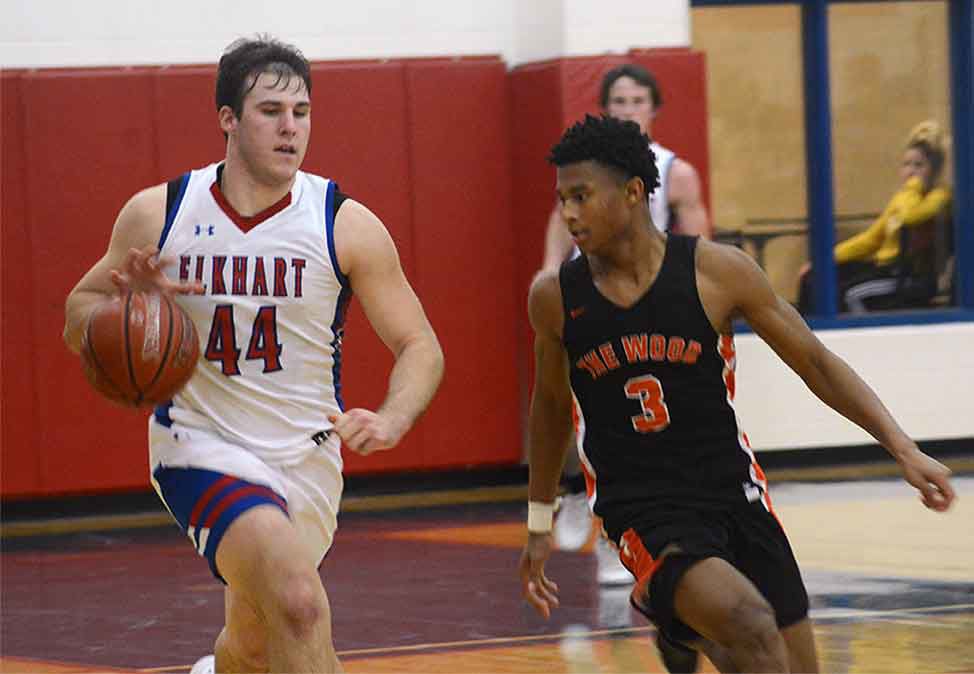 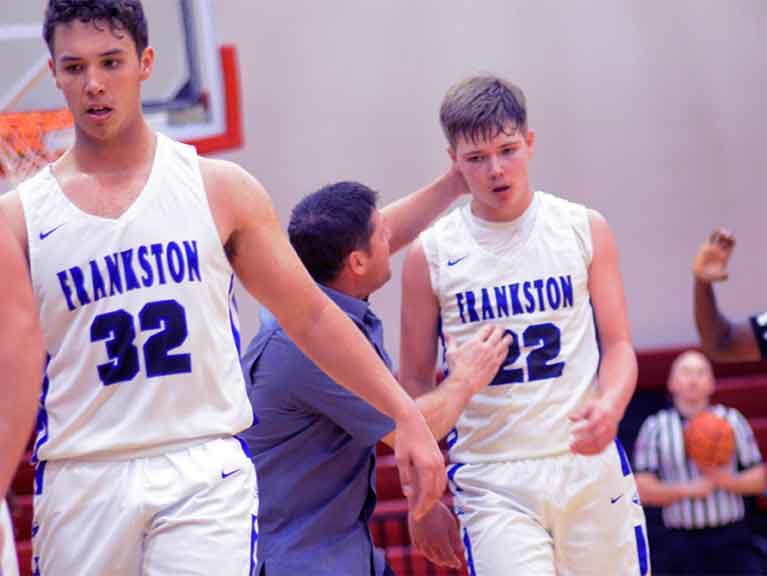 Frankston’s Cael Bruno (right, 22) was named Co-Newcomer of the Year, along with Crockett freshman Courtney Byrd.

Frankston’s Cael Bruno (right, 22) was named Co-Newcomer of the Year, along with Crockett freshman Courtney Byrd.

Elkhart's Ky Thomas and Frankston's Cael Bruno ended their 2019-20 campaigns with a pair of district superlatives.

Thomas was named Co-Offensive Player of the Year, along with Crockett's Alan Horace. Thomas averaged 14 points through 12 games of district play. The 6'4 senior enjoyed a pair of 22-point performances in the Elks 54-33 win over Groesbeck and their 59-27 win over Teague.

On the year, Thomas averaged 17 ppg, nine rebounds and nearly two blocks. He posted 12 double-doubles on the year, including his 25-point-17-rebound performance against Cross Roads.

Thomas also had 15 games of 20 points or more on the season.

Frankston's Bruno was named Co-Newcomer of the Year, along with Crockett freshman Courtney Byrd. Bruno averaged nearly nine points per game throughout district and helped his team secure the final playoff spot in District 20-3A in a playoff seeding game against Westwood to finish out the season.

Bruno also had a 17-point performance against Teague as the Indians rallied past Teague, 47-40, in an overtime thriller.

The Westwood Panthers placed two of their key players on first-team All-District in Mario Black and Bri'Darian Hunt.

Hunt was consistently among Westwood's and the area's leading scorers on a nightly basis. He averaged a little under 18 points per game and went over the 20-point mark four times throughout district.

His lowest scoring output came against Teague where he was held to just 10 points.

Black averaged a little under 15 points per game for the Panthers, but could be an absolute sniper from behind the arc. He splashed eight threes in the Panthers district finale loss to Buffalo.

Elkhart's Cade Starr was the lone member of the Elks to be awarded first-team All-District. Starr averaged 15 points for the Elks through district.

He enjoyed an impressive two-game stretch where he put up 22 points in the Elks 70-50 win over Groesbeck then followed with a 24-point performance in the Elks 57-41 win over Frankston.