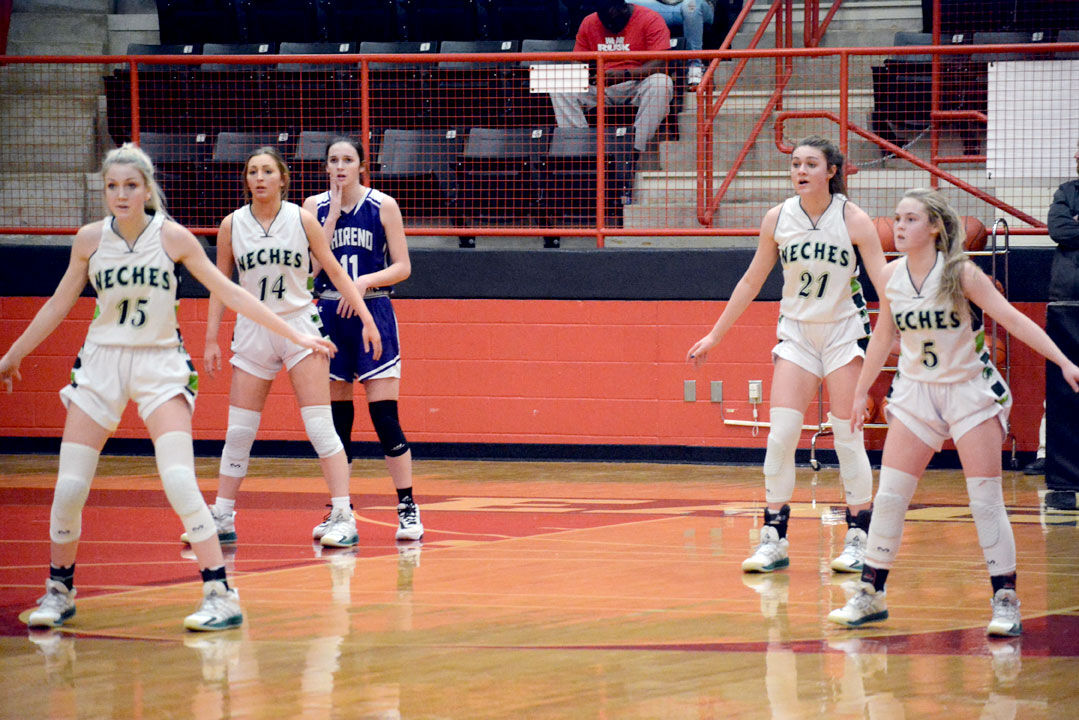 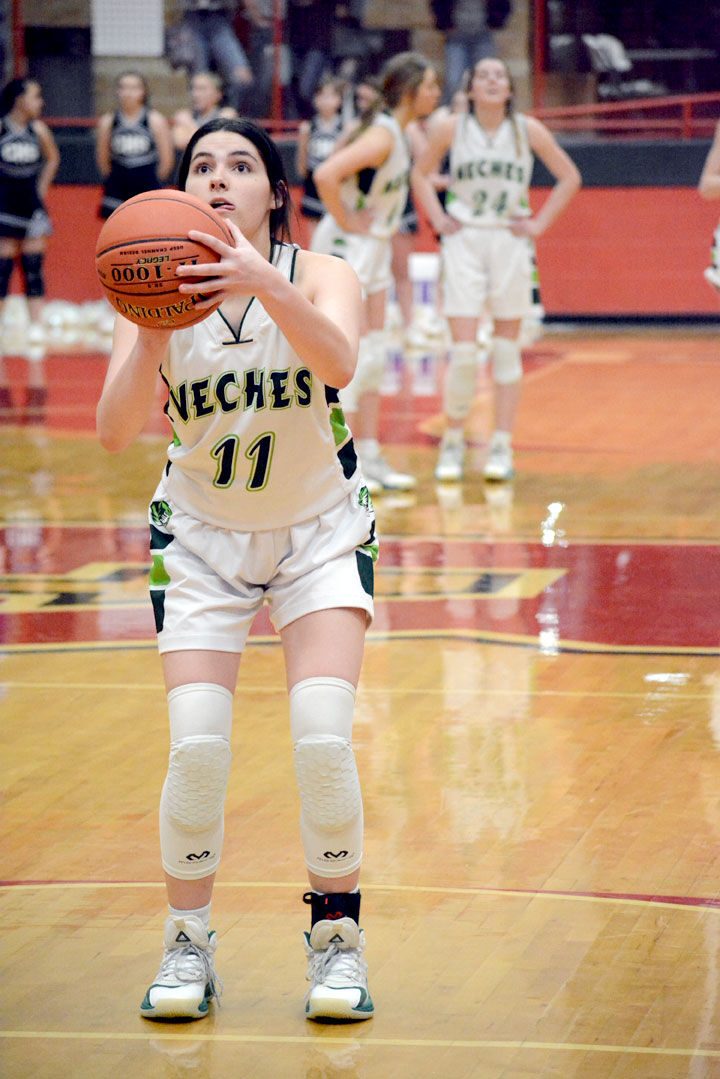 Emily Hill was named District 27-A Offensive Player of the Year.

Emily Hill was named District 27-A Offensive Player of the Year.

Neches Lady Tigers Lexi Rogers and Kacie Kimbrough were voted District 27-A Most Valuable Players after helping lead their team to their first district title since 2014. Fellow Lady Tiger Emily Hill was named offensive player of the year.

Head coach Andy Snider also earned coach of the year for his efforts.

Rogers and Kimbrough were the Lady Tigers leading scorers as they guided them to an undefeated 12-0 record in district play.

Rogers had a pair of 20-plus point performances against Kennard (24) and Oakwood (21). She averaged 16 points per game during their run.

Kimbrough had three 20-plus point performances against Kennard (25), Apple Springs (22) and Centerville (22). She averaged close to 17 ppg.

Hill averaged nearly 10 points per game with her highest-scoring effort coming in a 18-point performance against the Centerville Lady Tigers.