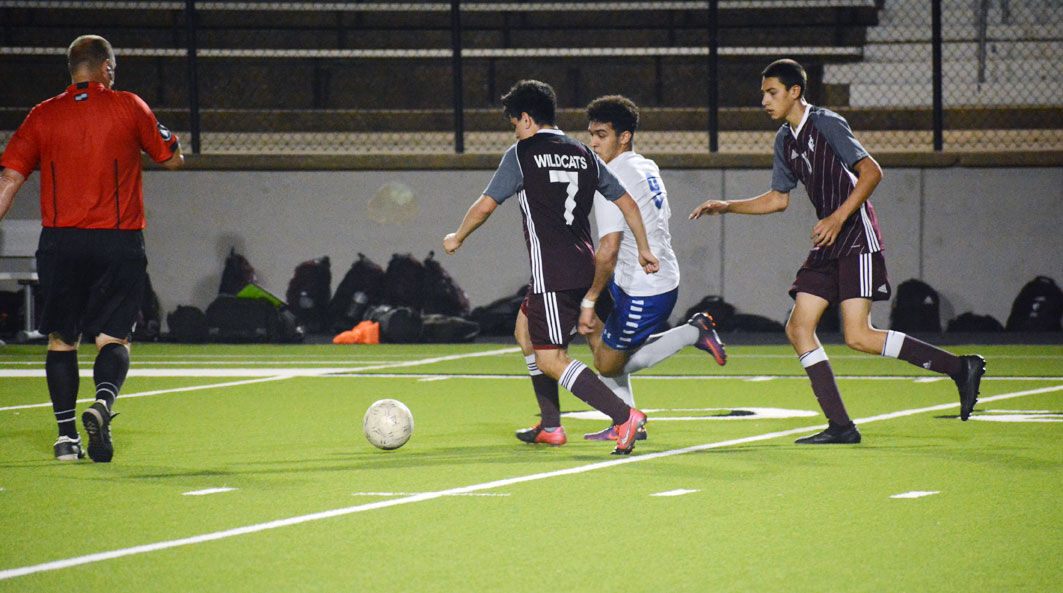 Palestine's Diego Farias (7) scored three goals in Tuesday night's area round matchup against Lindale to help lift the Wildcats to the next round. 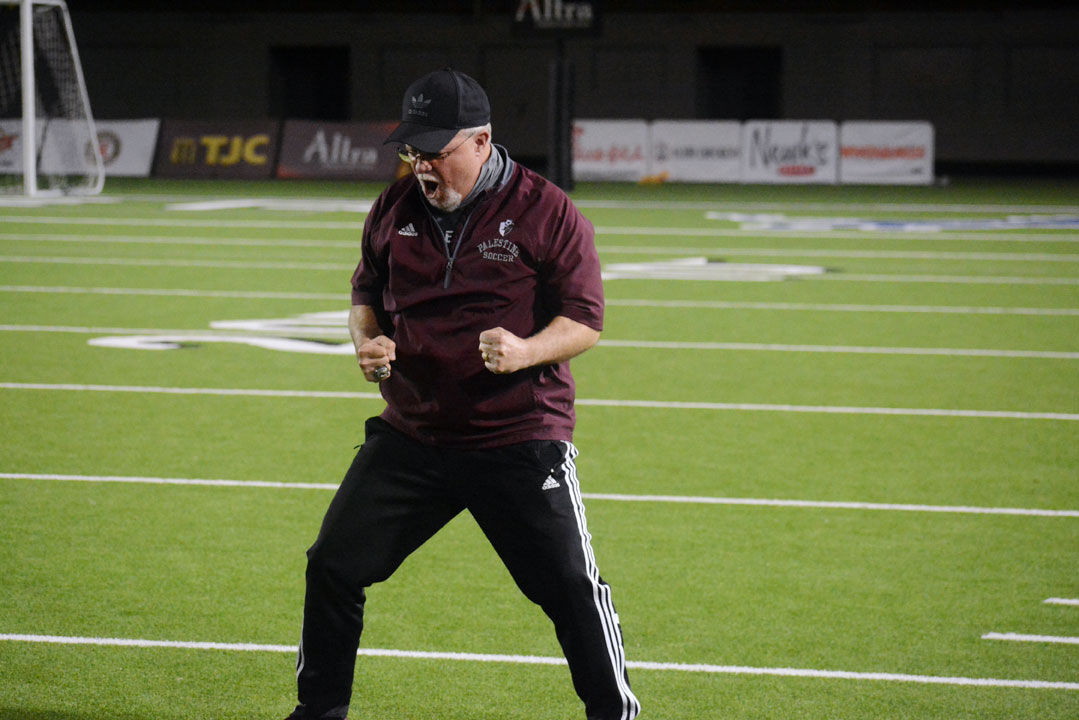 Palestine's Diego Farias (7) scored three goals in Tuesday night's area round matchup against Lindale to help lift the Wildcats to the next round.

TYLER – Head coach John Absalom said after the game it's a reason they call Diego Farias "Mr. Automatic." Farias's hat trick performance was the driving force behind the Wildcats 3-2 victory over the Lindale Eagles Tuesday.

The Wildcats and Eagles were pinned together for the second time this season in the 4A-Region III Area round. Palestine handed Lindale a loss earlier this year, 2-1, in non-district play.

The Eagles hadn't given up a goal in their previous six contests and were coming off a 4-0 bi-district round win over Chapel Hill.

That momentum was felt from the start as Lindale took a 1-0 lead off a scramble in the box. Lindale's Ozzie Saavedra found the back of the net in the scrum.

Lindale's Ezra Caoili gave the Eagles their second strike of the game with 26:51 remaining in the first half of play.

“This group never gives up,” head coach John Absalom said. “It's not the first time we've been down this year, which helps you in other matches. You learn how to come back from deficits. I've never been so proud of a group of kids since the state championship.”

Lindale continued to be strong in the box on defense as Palestine had trouble getting clean looks at the goal. The Wildcats had an opportunity to get their first point on the board until an Andy Garcia goal was waived off due to an offsides penalty.

The Wildcats received a boost of momentum 54 seconds before intermission when Diego Farias followed up on an Arath Chavez shot that hit the top of the crossbar.

Farias slammed the ball in the right corner of the net for Palestine's first goal.

“This is what we prepared for,” Farias said. “The whole year came down to these moments. I knew we could pull through.”

“We had several opportunities in the first half,” Absalom said. “We didn't change anything. We had a gameplan going in and we stuck with it.”

The second half was a heart throb for the Wildcats. Arturo Nieto had a couple shots at the goal that missed as the team watched their possible playoff lives fade away.

It wasn't until a Lindale box penalty, in the final minute of regulation, set Farias up with a pressure penalty kick.

With both teams standing behind him they watched as Farias booted the PK in the bottom left corner of the goal to tie the game at 2.

“I know he was tired,” Absalom said. “I could see his legs was hurting there at the end. The pressure to score that. He was phenomenal. Ice in his veins.”

Two periods, 10 minutes each, was all that was left to decide the winner of this struggle match. And Farias rose to the occasion with 5:40 left in the first period of extra play.

Gary Munoz popped the ball to middle field as Farias rocketed into the net for his third goal of the game.

“We're really young and to win a match like this does wonders for us,” Absalom said. “This is something we missed last year not playing any games in the playoffs. We're making up for that lost time now.”

Lindale was unable to find the net for the remainder of play as Palestine closed out the game.

The Wildcats will face Pittsburgh in the next round of the playoffs.