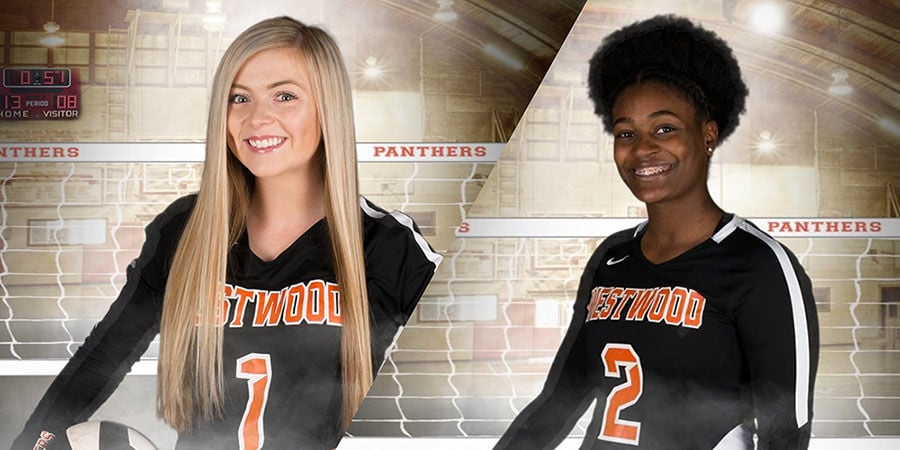 Westwood senior Avrey Jenkins (left) was named District 20-3A Setter of the Year for the second straight year, while senior Jordan Carter was selected as the district’s Blocker of the Year. 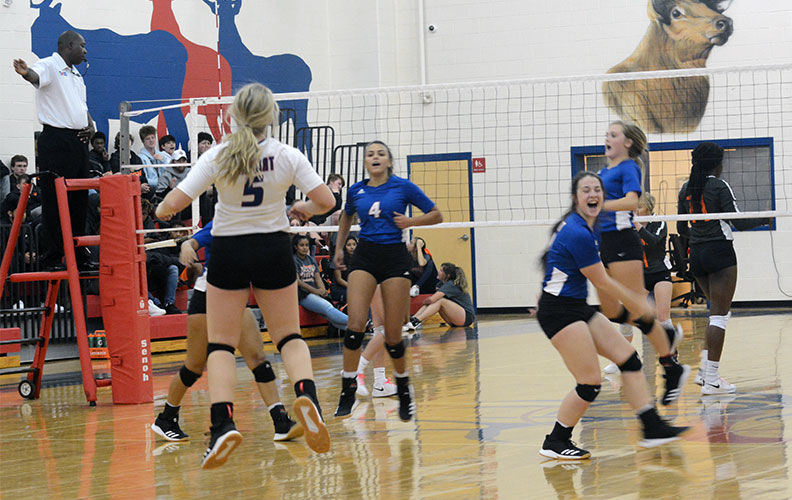 Westwood senior Avrey Jenkins (left) was named District 20-3A Setter of the Year for the second straight year, while senior Jordan Carter was selected as the district’s Blocker of the Year.

Still, the Lady Panthers were able to secure the final playoff spot in District 20-3A, and they were rewarded for that as senior Avrey Jenkins was named setter of the year for the second consecutive year and senior Jordan Carter was named blocker of the year.

Jenkins proved to be one of the most dependable setters in 20-3A, recording 210 assists. Avrey also showed her talent as a versatile volleyball player with 22 kills, 48 digs and 28 aces.

“Avrey was our go-getter,” Harris said. “Her energy was radiant and she knew how to get her team going. She was smart with her ball placement. Never seen a kid sacrifice her body for her teammates as she did.”

Carter followed her first-team all-district selection in her junior year with being selected as blocker of the year. Carter's presence at the net was the driving force behind the Lady Panthers' attack with her 147 kills, 37 blocks, 14 digs and three aces.

“She was huge in our success this season,” Harris said. “She brought a different dynamic to our team. She's a phenomenal athlete.”

The Lady Panthers also had two stellar first-team selections in Shamaya Downie and Tiana Davis. Downie finished the season with 162 kills and 14 blocks, while Davis ended the year with 67 kills and 36 blocks.

Westwood had a pair of second-team selections in Makenzie Nettles and Kaitlyn Sumrow, while Jaci Weston received honorable mention.

“Ashlyn is the best passer I've ever coached,” head coach Davin Shulz said. “There isn't any ball she can't get to because of her attitude. She showed a lot of leadership. She has all the essentials you want.”

Crader was described as “the most athletic kid [Shulz] ever coached.” A state high-jumper, Crader used her athletic gifts to become establish a dominant presence at the net throughout district play.

“When she was hot we were really good and hard to beat,” Shulz said. “She's going to leave a big void on our team.”

The Lady Elks finished third in district play, improving on their fourth-place finish the year before. They went 8-4 in district before falling to Troy in four sets in the bi-district.