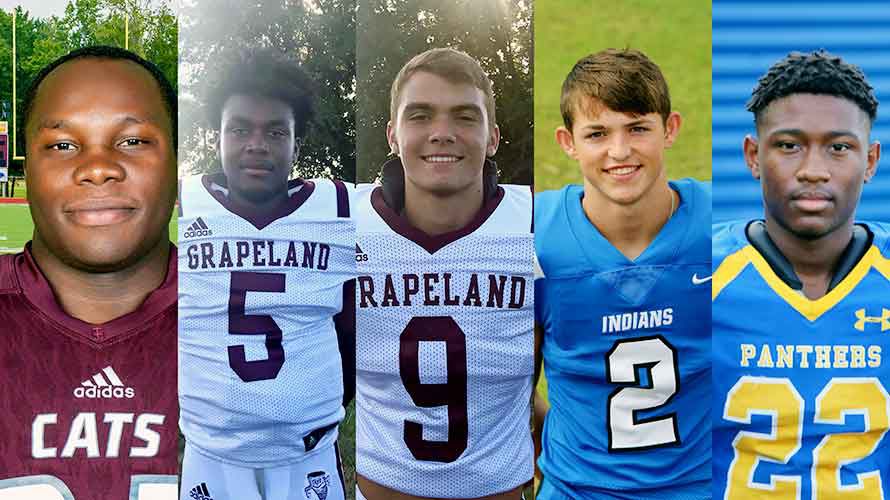 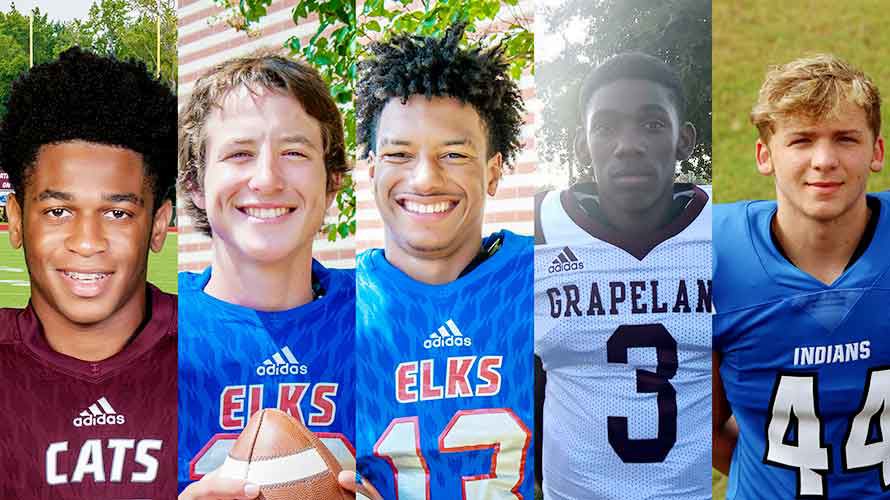 The 2019 high school football season came to a close Saturday night inside AT&T Stadium in Arlington with Austin Westlake’s 24-0 defeat of Denton Guyer. For most of Anderson County's football teams, preparation for their 2020 campaign had already begun far before the final whistle blew.

With the end of 2019 near, it's only right we take a look at the area's top-10 performers of the year. It is always hard to narrow down a list to just ten great players, but these ten performances are just a cut above the rest.

Here are the top ten best performers this year.

Senior Wildcat linebacker Quinton Cook recorded 106 tackles, six sacks, five tackles for loss and 14 quarterback hits through 10 games heading into the postseason. His best statistical game of the season came in Palestine's 41-19 win over the Henderson Lions. Cook finished with 18 tackles and two tackles for loss. He tacked on another 26 tackles during Palestine's three playoffs games, which put him 12 tackles short of securing sole possession of being Palestine's all-time leader in career tackles. He finished second, with 330, behind 2018 graduate Josh Williams. However, Cook's 133 tackles this year is the second-most ever recorded in a single season for the Wildcats. The senior linebacker also posted seven sacks this season (seventh best season).

Frankston's Gage Gosse was named District 10-3A Defensive MVP after posting a team-high 107 tackles. He also added seven sacks, 37 tackles for loss and three forced fumbles. According to MaxPreps, Gosse was second in tackles for Region three Class 3A-DII at the end of the regular season. He was also tied for first in tackles for loss.

Elkhart running back RJ Moore topped 1,000 yards this year and earned himself a second-team All-District nod in District 11-3A. Moore totaled 1,084 yards and 10 touchdowns on the ground on 202 carries. He also added eight receptions for 212 yards and two touchdowns. Moore showcased his versatile ability early in the season against Frankston where he rushed for 99 yards and two touchdowns, while compiling 86 yards receiving and another touchdown. He also dazzled in a 156-yard, three touchdown performance against Trinity. Moore had seven 100-yard rushing games this season.

Grapeland's Cadarian Wiley was named first-team all-district running back after he rushed 102 times for 1,034 yards and 15 touchdowns during the regular season as a sophomore. Wiley owns four of the top-10 single-game rushing records for the Sandies. Wiley rsuhed for 217 yards in the postseason and moved to third in school history for rushing touchdowns with 21. His 1,251 yards this season are second-most in Grapeland history and the first time a rusher crossed 1200 yards since 1974.

Elkhart quarterback Cade Starr proved to be their ultimate offensive weapon as he was rewarded with being selected as first-team all-district quarterback. Starr was 50-of-102 passing for 1,018 yards and 17 passing touchdowns. He used his legs to go for 541 yards and seven touchdowns on 79 attempts. Starr opened the season against Centerville and had arguably his best day of the year. Starr was 6-of-8 passing for 133 yards and four touchdowns. He continued to hurt Centerville's defense as he rushed 11 times for 170 yards and another touchdown.

Palestine running back Jeremiah Davis had already enjoyed one of the best seasons by a Palestine running back at the end of the regular season. Davis had rushed for 1,531 yards and 18 touchdowns. He had three 200-yard rushing performances and a 319-yard day against Fairfield. Davis became the second 2,000-yard rusher in school history following his 22 carry, 124-yard performance in Palestine's final playoff game against Midlothian Heritage. He finished the season with 2,045 rushing yards (third behind Adrian Peterson). His rushing total ranked him fourth among Texas 4A-I running backs at the time. His 301 rushing attempts were most among any running back in school history. And his 22 touchdowns rank second all-time in school history.

Linebacker Cooper Sheridan was selected as Co-District Defensive MVP for the second consecutive year . He was Dave Campbell's preseason pick for defensive MVP and did not disappoint. During the regular season Sheridan recorded 158 total tackles, one sack, two forced fumbles and one fumble recovery. Linebacker Cooper Sheridan just missed the single-season Grapeland tackling record of 200 set by Ray Black in 1988. Sheridan recorded 194 stops, which topped his 2018 total of 159. According to MaxPreps, Sheridan finished 18th in the country in tackles and sixth in the state.

Frankston quarterback Brink Bizzell was awarded district “Specialty Player of the Year” for a dual-threat QB. He was the ultimate weapon for the Frankston Indians as he helped them post a four-win season after registering a 1-9 record last year. Bizzell was 117-of-187 passing for 1,928 yards and 18 passing touchdowns. His passing yards ranks him 12th in Class 3A-2. He showcased his talents on the ground with 104 attempts for 722 yards and 11 rushing scores.

Oakwood's Jeremiah Sargent was the epitome of a “do-it-all” player this year for the Panthers. He posted stats in nearly every statistical category helping Oakwood clinch back-to-back division titles. Sargent rushed 139 times for 1,333 yards and 19 touchdowns. He caught 13 balls for 256 yards and seven touchdowns. He was also a threat from in the pocket as he was 52-of-83 passing for 701 yards and 14 touchdowns. Defensively, he continued to be a force as he recorded 84 tackles, nine interceptions and five defensive touchdowns.