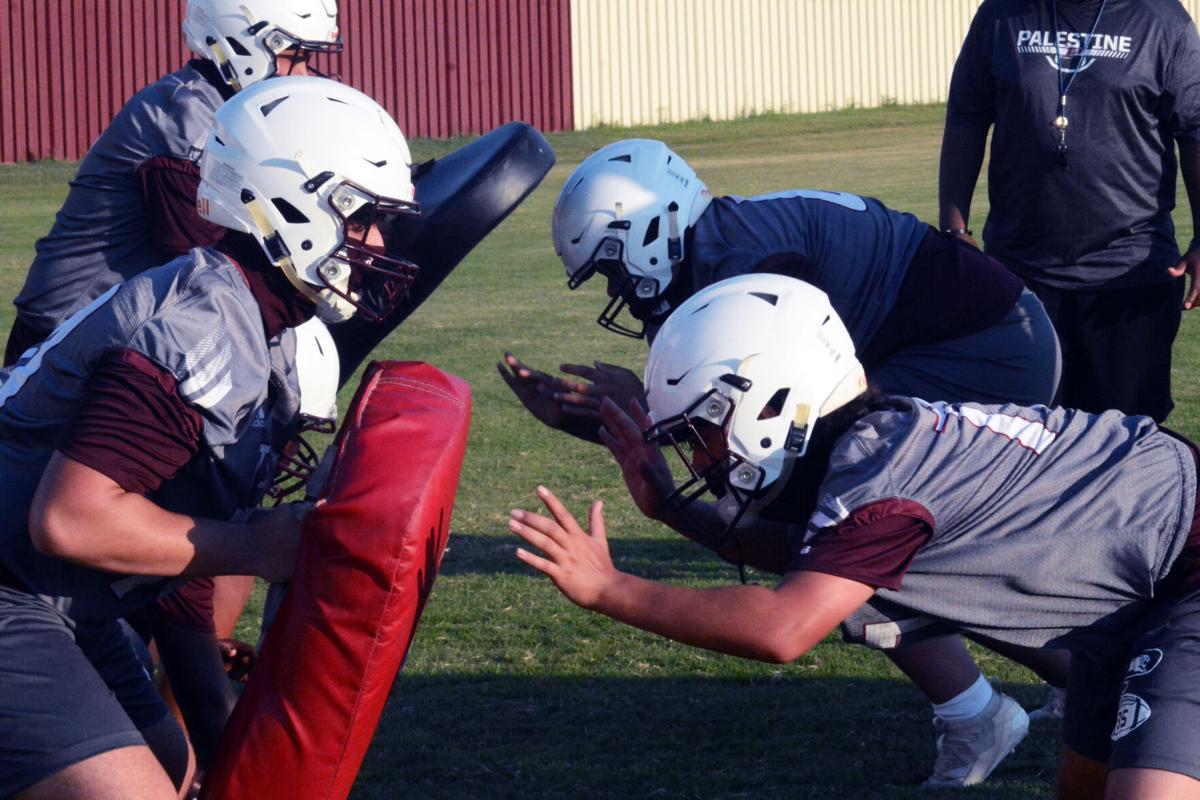 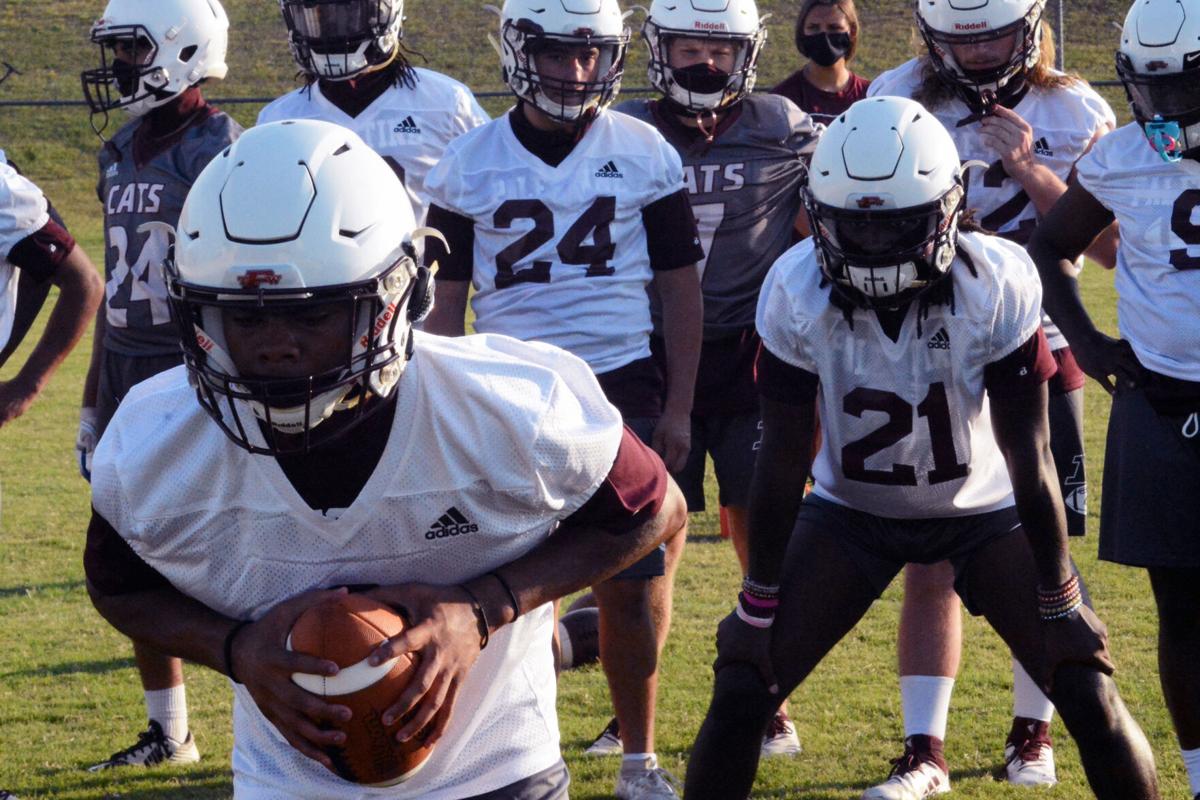 The Palestine Wildcats opened their first practice of the 2020 season Monday with new expectations entering year two under head coach Lance Angel. Jarod Walker (8) prepares to hand the ball off to running back Jakaryon Conley (21).

The Palestine Wildcats opened their first practice of the 2020 season Monday with new expectations entering year two under head coach Lance Angel. Jarod Walker (8) prepares to hand the ball off to running back Jakaryon Conley (21).

PALESTINE – The first two years of Palestine head coach Lance Angel's tenure with the Wildcats has been filled with adjustments.

Last year, Angel returned to Palestine after a five-year hiatus from coaching. The Wildcats had reached the playoffs the final three years of Angel's first tenure with the team before he assumed the Athletic Director role with Bryan ISD.

They failed to replicate their success upon his departure, but returned to the postseason in his first season back and made their deepest playoff run since 2004.

Angel hasn't had to face the challenge of installing a new program with unfamiliar faces this year. That obstacle was instead replaced by overcoming the difficulties of a health pandemic.

“These new norms are certainly something our athletes will have to get used to,” Angel said. “Being in year two there are certain expectations now that the kids know us. Having that time with them has made this much smoother. Now we'll have to see if it'll make this year better.”

The Wildcats opened their first practice of 2020 Monday.

It's a luxury, not all Texas schools were given after the UIL announced a delayed start of the season for Class 6A and Class 5A by more than five weeks and pushed the first games by four weeks.

Angel knows the challenges ahead for high school football programs as it relates to the COVID-19 pandemic and realizes his program and others are instrumental in ensuring the success of this season.

Before the pandemic, the sounds of football pads banging, coaches screaming play calls, and laughter served as the constant reminders football season was near.

In this new normal of football players knowing the rules of social distancing and wearing their masks has become just as important as knowing their assignment on the football field.

“We're trying to be as safe as possible,” Angel said. “That's what we're charged to do. It's still an exciting time to see kids back out here with helmets and mouthpieces.”

Adding to the excitement is planning out how the Wildcats will replace the production of All-State running back in Jeremiah Davis.

Davis became the second 2,000-yard rusher in school history following his 22 carries, 124-yard performance against Midlothian Heritage in the regional round of the playoffs.

The front runner for the title of lead back appears to be Jakaryon Conley – who was a nice change of pace option in the backfield for Palestine last year. Conley finished the season with nearly 400 yards rushing and four touchdowns. However, it is safe to expect his production to drastically increase this year.

Other veteran returners for Palestine include defensive linemen Dominque Milton and Elvin Calhoun. Linebackers Daelon Williams and Kemon Ross also will need to be big in the replacement of another All-State player in Quinton Cook.

The Wildcats will travel to Wills Point for their first and only scrimmage, Aug. 20, at 6:30 p.m.